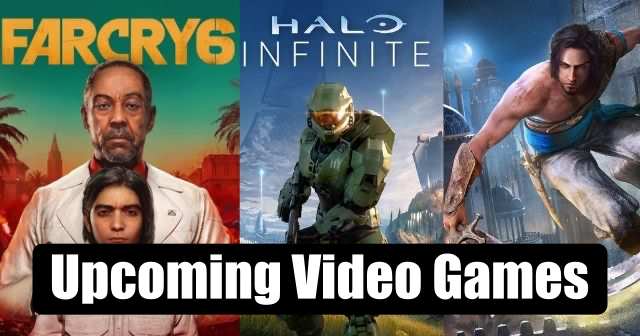 While 2020 was a roller-coaster year for everyone due to the Covid-19 pandemic. Everyone was home in lockdown and has learned new things, and most of them have got into gaming. There are plenty of games available for all the devices when talking about gaming, and many are upcoming. Here we are going to talk about the video games that are coming this year.

If you are a video games lovers, this list will help you, as many exciting games are on their way. Multiple video games are scheduled for release in 2021.

However, we have not listed all the upcoming video games of 2021 but have tried our best to list down a few of the best games.

Bravely Default 2 is actually the third title in the series. The first one is Bravely Default, and the other one is Bravely Second. It is a turn-based RPGs from Square Enix that puts a twist on the classic Final Fantasy formula. Four players can customize a unique class with few items like Asterisks.

Far Cry 6 is an upcoming shooter game that Ubisoft Toronto develops. This is the sixth installment of the Far Cry series. The sixth series will have villain extraordinaire Giancarlo Esposito as a leader in complete control. The players control Dani Rojas, a soldier who fights to free the island from a totalitarian regime.

Actually, the action video game was set to release on 18th February 2021, but the release is delayed due to the Covid-19 pandemic.

It is a sequel of God of War that is currently under development by Santa Monica Studio. God Of War Ragnarok is the most awaited upcoming games. This game will be exclusively available for PlayStation 5. It is not known yet that the game will come for PS4 or not. However, the game’s release date is not yet out, but it is for sure that it will release this year.

Release Date: Date not confirmed, but will come in 2021.

Horizon Forbidden West is an action role-playing game that is a sequel to Horizon Zero Dawn. This game will continue the story of Aloy. The huntress of the Nora tribe will hunt to stop a mysterious plague in a machine ruled world. The developers have planned to release the game exclusively for PS4 and PS5. All the players are eagerly waiting for the sequel of the game.

Halo Infinite is an upcoming shooter game that is the sixth installment of the Halo series. And the fourteenth Halo overall game. It has a story of the Master Chief, following Halo 5: Guardians. This game is exclusive to Microsoft’s Xbox that will be releasing in 2021.

Back 4 Blood is a multiplayer survival horror game. It is a thrilling cooperative first-person shooter game from the critically acclaimed Left 4 Dead franchise creators. The player is at the center of the war against the Ridden. If you love playing horror games, then you must be excited about Black 4 Blood. You, with 3 other players, have to survive the zombie apocalypse.

Gran Turismo 7 is a racing video game that will be the eighth mainline installment in the series. The developers announced the game in June 2020, the PS5 event. It promises to bring the best looking game with the support of 4K, HDR, and 60 fps frame rates. It is expected that it will bring hundreds of cars, super-fast load times, and features.