TechDator
Home Internet Macbook System Storage: Why So Much Space?

Every Mac has an operational system that lets them perform all the essential operations on the device. But when it comes to a review of disk space, it is a surprise for many people to see how much space their system settings occupy in the Mac storage. For some of you, the space your system takes may seem alarmingly huge, which suggests that some virus or system dysfunction occurred.

So, does your system need so much storage? Or is there any way to reduce the space taken by system settings so that you can use the memory space more effectively? Here is a pro guide to the standard volume of system files on a Mac.

Is Your System Consuming That Much Space?

The first thing to realize is that your system might not take as much space as your Storage menu shows. Once you run the Storage diagnostics, they see how much space is taken by apps, iTunes, media files, and the system.

Upon such a preliminary check, the results for system storage might be massive, which frightens many users and leads them to investigations and troubleshooting.

But the simplest trick that will give you a better idea of how much your system really takes is to wait for the end of space diagnostics some more time. As a rule, the system will soon single out the space occupied by iCloud Drive, which first comes as a part of the system.

Now that the iCloud memory chunk is singled out, you’ll see that the space taken by system files looks much smaller than it seemed initially.

Now that you have correct data about the space occupied by your system files, it’s time to take a deep dive into the system files and see what you need and what may be redundant. But keep in mind that proper diagnostics is impossible without looking into both the System folder and Library folder, which are both recognized by your Mac as system files.

As a rule, you may discover that the System folder is responsible for roughly one-half of the space consumed by your system files. The other half is likely to be located in the Library folder, which keeps data about each user. There, you will find all the data contained in the system storage, including your passwords, cache files, photos stored in iCloud, etc.

How to Reduce System Storage Space?

If you have sufficient free space, you may see that Macs typically use it wisely and optimally. But if you see that free space is insufficient and need to optimize storage, it’s time to clear some files from it.

It can be done quickly by visiting the Storage tab and choosing the “Manage” function. Things to look for include old backups, Time Machine backups, File Vault files, cache files, and some images you don’t use anymore.

These are the files you definitely don’t need any longer, so go through those folders and clear some redundant, old files. You can get a lot of free space.

It may be a bummer for some users to see that there is no automatic “Clear” button in a Mac OS that would help optimize disk space automatically. In fact, it’s only you who knows what files you need and don’t need; an automated cleaner can only detect old files (the ones that haven’t been opened within the past six months) or corrupt, non-working files or apps that require deletion.

You can also involve some external cleaner app that can conduct in-depth diagnostics of your space and stratify the space consumed by each file type into more concrete categories. In all other cases, the process of managing disk space is your own responsibility, requiring you to look into each folder and make choices. 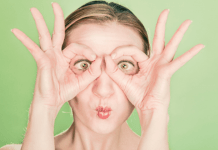 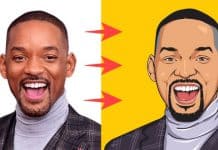 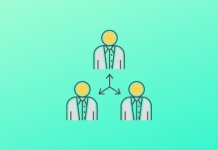