IoT application development services connect all these different objects and add sensors to them to make them more intelligent and engaging. The world is becoming smarter, and so are our interactions with the objects in our daily lives.

Software development for IoT is becoming really popular, so we’ll explore exactly what it is and how it works.

What Do IoT Application Services Involve? 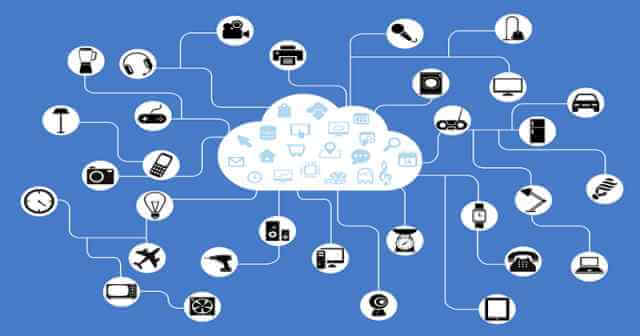 Internet of Things application development services connects the physical and digital world. Everyday objects like appliances, cars, baby monitors, and even lights can be connected to the internet.

IoT processes allow seamless communication between people and things as well as processes. IoT has another benefit that companies are interested in: these devices collect and share huge amounts of data with minimal human intervention.

What Has Enabled IoT to Thrive?

The Internet of Things trend has been fueled by a number of developments, including access to low-cost and low-power sensor technology that makes it easier for companies to gather data and share information through IoT devices. Connectivity and access to the internet, the advent of cloud computing, and advances in machine learning and analytics have allowed IoT to thrive.

Services Delivered by An Internet of Things Development Company

A custom IoT development company can help you develop a number of excellent products, including:

Each company will likely have its own specialty and expertise for specific IoT technology.

Your IoT software development company will likely use multiple languages to develop your software because the IoT is at its essence a system of interrelated computing devices. The languages they will use depend on the capabilities and the purpose of the device, including cloud servers, gateways, and edge devices.

The most popular programming languages include:

Some companies may use less well-known languages like Parasail, Microsoft P, Eclipse Mita, Kotlin, B#, and others.

When choosing a programming language, your developers will look for languages that support functional, dataflow, and event-driven programming. C and C++ are popular because they use explicit pointers to reference memory; incorrect pointer calculations can lead to buffer overruns and access violations.

They will also look for libraries that can support IoT protocols like AMQP (Advanced Queuing Protocol), XMPP (Extensible Messaging and Presence Protocol), or the VSCP (Very Simple Control Protocol).

Frameworks should be stable, scalable, and optimized for concurrency – remember that millions of devices will potentially connect concurrently to the devices and applications at the same time.

Where is the Best Place to Look for an IoT Software Development Company?

Hiring specialist developers in the UK and US have become prohibitively expensive for most companies, which is why offshoring is a popular option. Specialist senior IoT software developers in locations like Ukraine, Russia, India, and South America charge a fraction of the price to UK and US developers but have even more advanced skills than they do.

Offshoring also enables companies to reduce their spending on recruitment, hiring, bonuses, equipment, and office space, making it much cheaper to get a project off the ground.

IoT application development services are complex, and it’s hard to find the right experts to get your project going. However, the Internet of Things is growing rapidly, and investing in IoT means that you are investing in the future of your business. Make sure that you hire the best team for the job.