US National Security advisor, Robert O’Brien has openly warned US healthcare companies about possible Chinese hackings for COVID-19 vaccine. He strongly supported the claims of FBI director, Christopher Wray who earlier warned the same. Chinese embassy spokesperson in return asked the US to stop making up all these allegations.

US Claims China is Hacking For COVID-19 Vaccine

China has been accused of numerous claims since the beginning of this pandemic. Starting from Trump’s allegations for not taking the virus seriously, the eastern nation is been accused of manipulating information on virus spreading and also for hacking into various organizations that are trying to develop a vaccine. 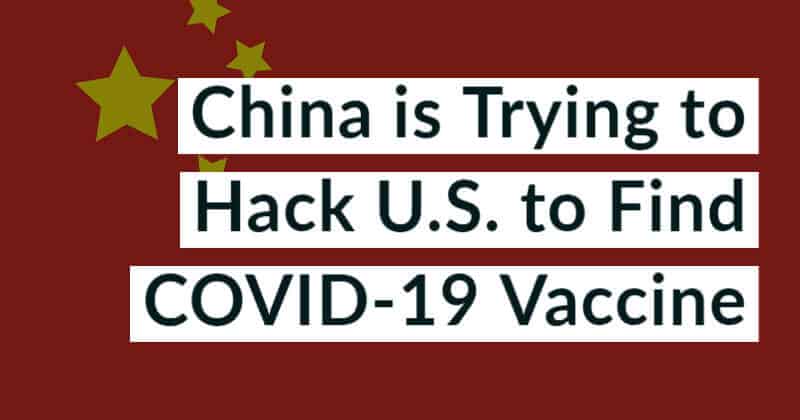 FBI Director, Christopher Wray earlier this week said that China is trying to hunt for Chinese citizens living abroad, and bringing them back to use against the US. Further, he determined that China is the greatest long-term threat to the US. And now, Robert O’Brien from US National Security supports his sayings.

He said that China is actively targeting US organizations that are trying to develop a vaccine for the Coronavirus. Thus, he warned healthcare companies to be aware of any such possible intrusions. He revealed that there are more than 400 vaccine and therapy programs happening worldwide, with some major US companies.

“It wouldn’t surprise me at all if that’s what they’re doing,” O’Brien said. Further, “I do not doubt that there are Chinese companies and the Chinese Communist Party would love to hack our medical research.” He also affirmed that China is stealing and hacking intellectual property and technology from America for the past 40-50 years.

Brown, a member of Congress said, “I’m concerned about the Chinese interfering in our elections the way the Russians did successfully last time.” A spokesperson from the Chinese embassy, at last, has responded to all these allegations and said, “stop cooking up political lies day after day.”