We all know about chess, which is a top-rated game worldwide. It is a two-player game. But what if we got the best chess apps for Android and iOS, it would be more fun. Playing chess has real advantages, which is it enhances the thinking capacity, learn about strategy.

Playing it offline on the chessboard may be difficult as you can’t play offline with the board anywhere. To solve this issue, we searched these best chess apps, which will take your chess to the next level without any issue. The game is played worldwide by millions of players. Many countries also organize tournaments for chess.

Playing it on the phone will make it more comfortable, as you can play everywhere and at any time with anyone. These top apps of chess will help to enhance your gaming experience. Playing offline takes a proper schedule as you have to arrange the pieces, but these apps will make it more simple.

You don’t need to arrange the pieces through these apps as the apps will automatically arrange the pieces. We searched for various apps and listed below, which have different modules and interfaces. So let’s discuss and check which will be best for you. It is the best free chess app that helps you to increase and improve your capacity to play chess. You can play chess with millions of online players, which will help you improve your chess rating. You will also get the tactics puzzle and 100+ interactive lessons to learn chess and enhance your brain’s capacity.

Interactive lessons will give you tips and tricks to complete the chess and win from the opponents quickly. You can also play with the computer and can arrange the strength according to you. As the name suggests, learning chess will help you make a club player from the beginning player. The app consists of a special teaching guide, which will help from zero levels by introducing the rules and laws of chess.

The app will act like a coach who will first guide you, and then it will take your test. If you get stuck anywhere in the test, it will help you by giving hints and explaining your mistakes. 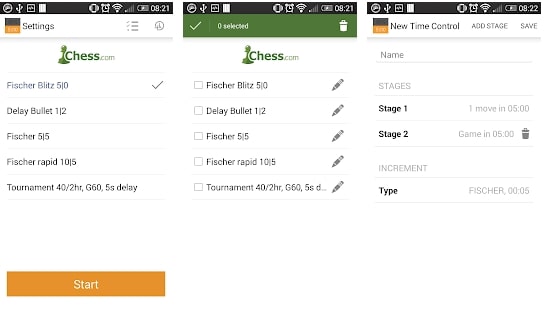 This app is different as it will give you a unique feature, which is a timer. You can select the timer, and then both players will get the specific time for their turns. If they didn’t move the pieces within the time, then their chances will get lost.

The game runs on both landscape and portrait mode, which will help you to provide more reliability in playing. The best feature of this app is its themes, and you can also customize the themes. 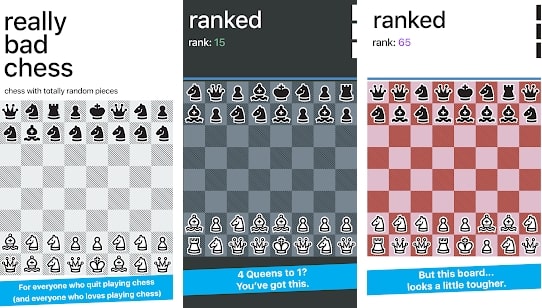 This is a decent chess app for both Android and iOS. The rules and laws in this app are a bit different as you get the advanced level of chess in this app. Moreover, you will get the random pieces in the app to play with the opponent. Hence, the app will help you to improve your skills in playing chess. 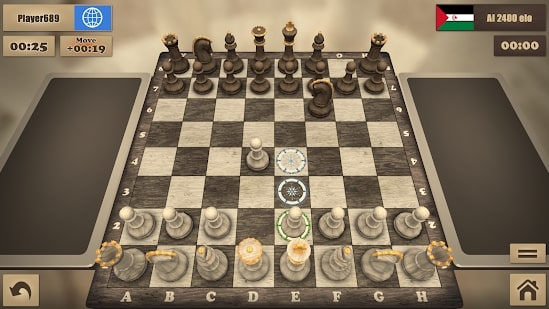 If you need an app that provides you with a virtual environment for playing, it is the best. The best part of this app consists of advanced 3D graphics, which take your gaming to the next level.

If you are a beginner, then you will also get several hints in the apps. You can also chat with your opponents while playing chess, which helps communicate with other users. 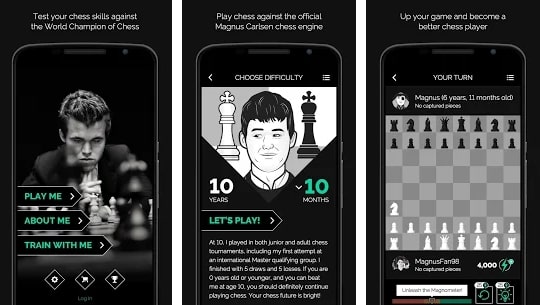 Are you an advanced player of chess and need the advanced app to play chess, then this app is for you? The AI of this app consists of a challenging level, which is not easy to face. So it’s like playing chess with the champion to test your skills.

Chess Play & Learn is designed by Chess.com, which is the most popular site for chess players. There are moreover 5 million people who are using this app for its unique gameplay. Moreover, it has various modes that you can use to improving your chess gaming skills.

There are over 50 thousand puzzles, hundreds of interactive tutorials and videos to learn from. What’s great is you can play chess with a real person or with AI. It is a great option if you are looking for practice for chess. 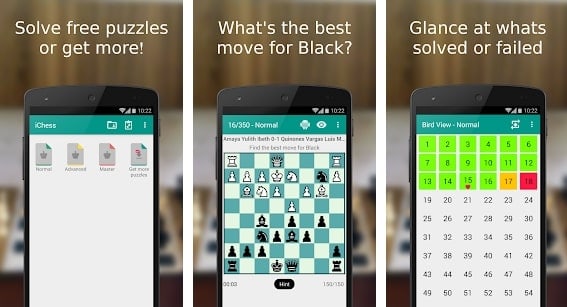 Chess is an app that doesn’t comprise an actual game mode to play neither with a real opponent nor with AL. However, this app will train you goos when it comes to playing chess. It comprises multiple challenges which you can learn and overcome.

It’s a great app since you don’t need to waste a lot of time practicing your chess skills. Instead, all you can do is pick a challenge and solve it. 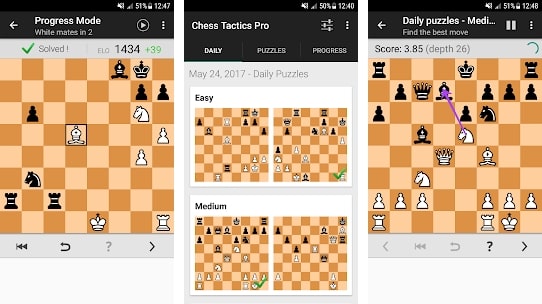 Chess Tactics Pro is another app for solving puzzles. If you love to solve chess puzzles, then you must give it a try. Make sure you have at least one such app to kill your time when you’re at a bus station or sitting at a saloon. The app has several difficulty levels – from beginner to advanced.

It also has an installed ELO system, according to which puzzles are chosen for you individually. Of course, your progress is taken into consideration, as well. There’s no way you’ll run out of puzzles because new ones appear daily. So crack all the puzzles and become a chess master. Chess For Kids, as the name suggests, is basically designed for all kids. It comes with a very interactive UI with cartoonist images to grab the attention of children. In addition, it covers everything essential to learn and play the game correctly. Kids can either play with the built-in AI or challenge each other.

Moreover, it offers several tutorials for a better understanding of kids and sharpens their minds. However, the best part is it’s completely ad-free, so, as a parent, you don’t have to worry about your children getting clicked into unwanted sites or ads. It is actually a 3D strategy game that is inspired by the game Chess. The game features a unique concept with a futuristic look. Moreover, it is available in two modes, where you can either choose to play with an AI or give a fight to your friends.

Here, two armies fight on a spherical spinning world separated by small hexagonal cells. Defeat your opponent by taking over their king or their entire castle. The game further demands a lot of strategic thinking and presence of mind.