Nowadays, there are skills in the development of Android apps which is high in demand. In addition, many Android developers want to develop their Android apps and want to launch their apps in the market. Therefore they need to develop some unique android apps and are looking for some great Android Studio Alternatives.

There are so many Android Studio Alternative Tools for App Development. And you can unleash your creativity and make some great Android applications with them: 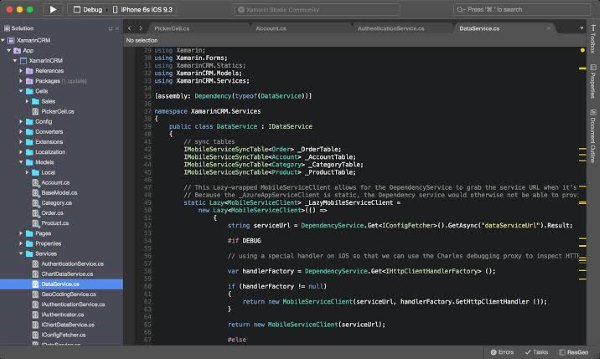 Xamarin Studio is one of the best Android app development tools. The Xamarin extends for the .NET developer platform with tools and libraries. Specifically the development of Android apps, iOS, tvOS, watchOS, macOS and Windows.

It is mandatory to start the Android app development with Xamarin Studio. But keep some points that before you start coding, you should have basic knowledge of C# language for coding to be better for you. 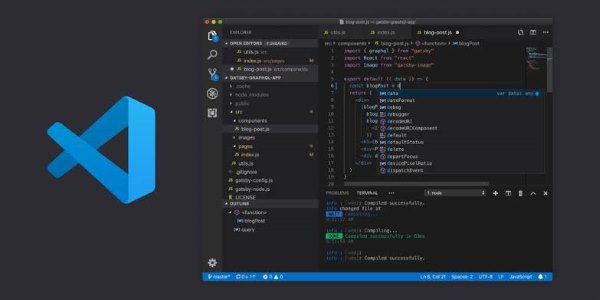 Microsoft Visual Code Studio is an Integrated Development Environment (IDE). This is the product from Microsoft. Hence, it is used to develop computer programs for Microsoft Windows as well as websites. 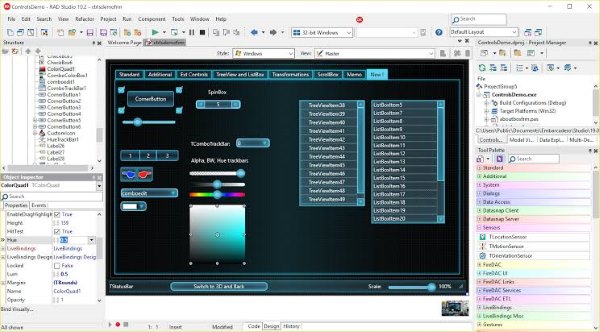 RAD stands for Rapid Application Development Studio, among the industry’s most powerful rapid application development suites. And it is used for visually building GUI-intensive, data-driven end-user applications, which are for both native Windows and .NET. RAD Studio.

It includes Delphi, C++Builder, and Delphi Prism. Therefore, it enables its users to deliver applications up to 5 times faster. In addition, it can be cross multiple Windows and database platforms. 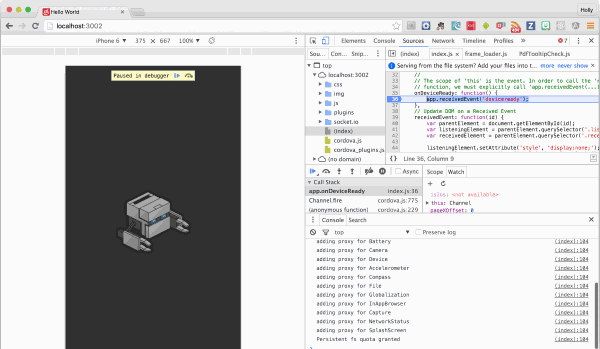 PhoneGap is another kind of tool among alternatives. Using this tool, you can develop cross-platform applications. The PhoneGap is an open-source development tool. And this is used for building iPhone, Android, Blackberry and other mobile apps with JavaScript. If you are using PhoneGap, then you can reduce the development cost, time and effort. 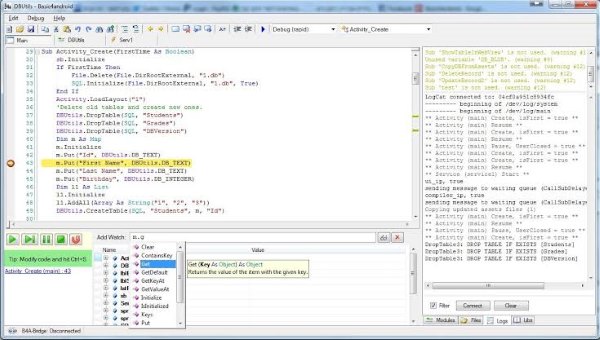 B4X is a suite of rapid application development IDE’s. This platform allows you to create applications on the following platforms: Google’s Android, Apple’s iOS,  Java, Raspberry Pi, and Arduino. B4X is a popular tool for Android app development.

Developers use it, but popular companies also use this amazing tool like IBM, NASA, and others. 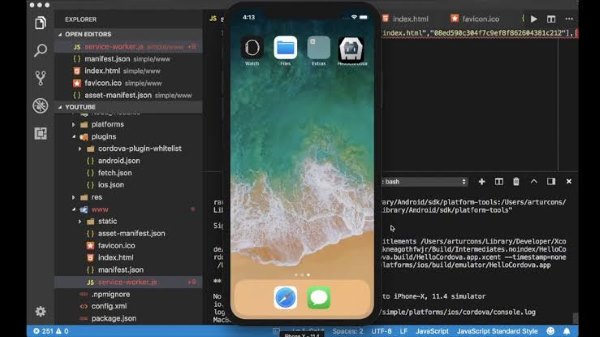 Apache Cordova is a tool to develop Android App Development. It enables software engineers to build apps for Android mobile phones. Using HTML5, CSS3, JavaScript instead of relying on platform-specific APIs. Like those in Android, iOS, or Windows phones.

When using Apache Cordova APIs, an app can be developed without any native code (like Java, objective-C, etc.) from the app developers. 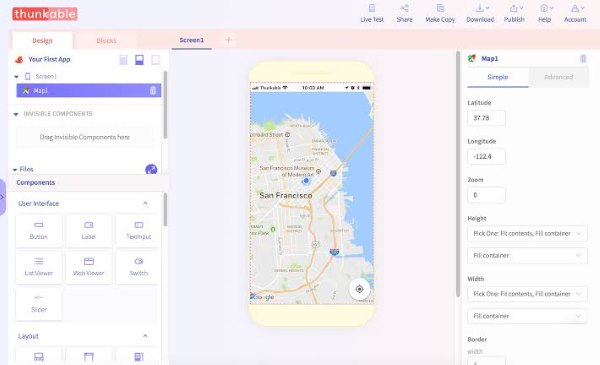 Thunkable is a powerful drag and drops app builder. And this is made by two of the very first MIT engineers on the MIT app inventor. The platform is geared for the most professional users, who may want higher quality and robust apps for their business, community, or just for themselves.

Thus, Thunkable has an amazingly active and engaged community. And it also offers live chat support for its users. 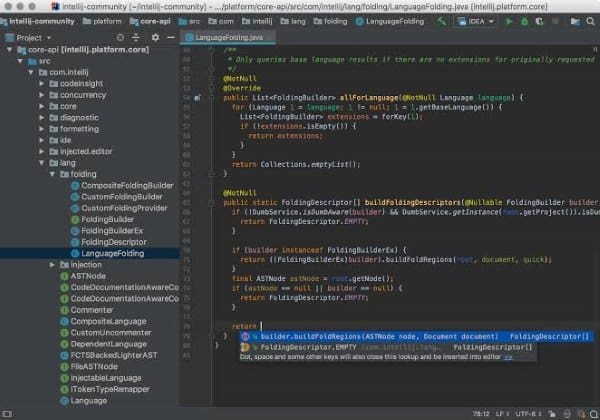 IntelliJ IDEA is a special Programming Environment. Or we can say that it is an Integrated Development Environment (IDE) mostly meant for Java. This is a free/commercial Java IDE by JetBrains. The environment is specially used for the development of programs.

And it also understands many other languages like Groovy, Kotlin, Scala, JavaScript, Typescript and SQL, etc. So it has many numbers of features to accelerate the development process. Therefore, it allows its programmers to concrete on functionality. Therefore, IntelliJ IDEA handles the routine coding tasks. 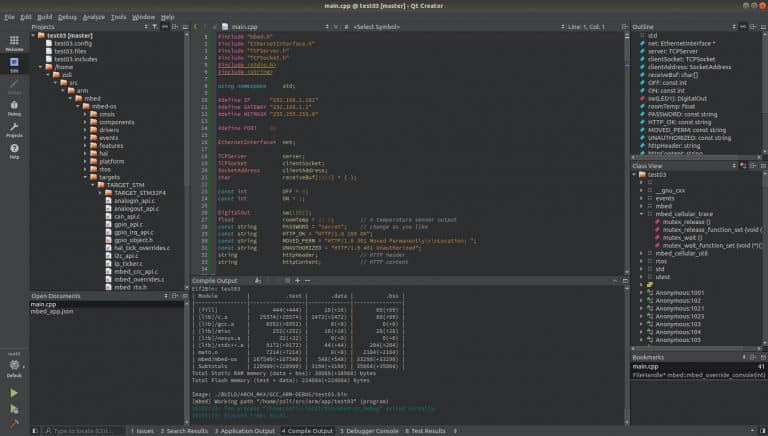 Qt Creator is another SDK for QT Framework. It is a cross-platform development application with integration to C++, QML, and Javascript. In addition, it comes with an integrated GUI platform that lays a perfect environment for Android app development.

QT Creator includes a forms designer and a visual debugger, which makes your coding experience even better. Besides, some of its other highlights include autocompletion, syntax highlighting, C++ compiler on Linux, and FreeBSD. 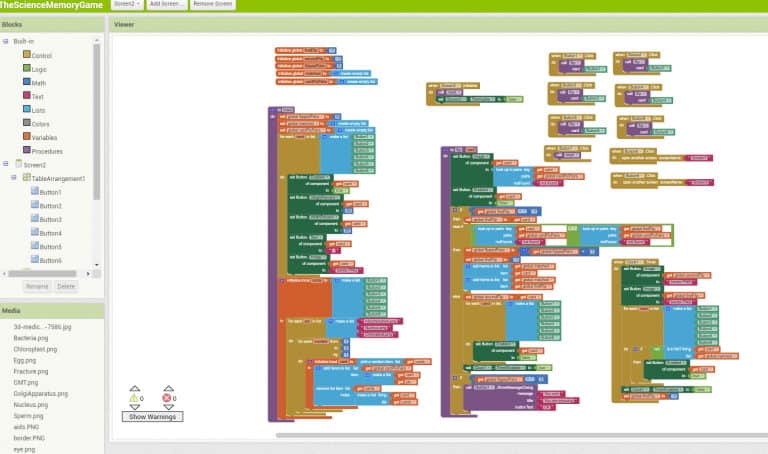 Google basically provided MIT App Inventor as an open-source project for all developers. It offers a user-friendly platform where you can create the interface effortlessly.

Once you are done with the interface, you can start programming in Code Blocks with a single click. Additionally, the app comes with a downloadable emulator to download and run the APK file.