Those days are gone when we face a huge language barrier while interacting with our international friends or business clients. With technological advancement, our smartphone has become a pocket translation tool for us. You will find several apps for Android and iOS, both paid and free, for this purpose.

These applications use a combination of Artificial Intelligence and machine language to provide you with accurate translations in your desired languages. Nowadays, these apps have become so advanced that they can also scan pictures or text, detect the language used in them and convert them into your native language.

As mentioned earlier, there are many translation apps available for use, but to make your work simple, we have come up with a list of the most popular and accurate translation apps that you can use online as well as offline. Our tech team has checked it for its accuracy, and they worked pretty well in their segments.

List of Best Offline Translator Apps for Android and iOS

We have also given all the details of the apps mentioned above. We will recommend you to take a quick look at them to know the best suit for you.

It is one of the most trusted and effective translators in existence. It comes with three main features that include 59 offline language support, camera translator, conversation mode, and instant transcribe. However, you have to download the language packages to use the offline feature to use all the major languages.

The camera mode allows you to translate texts inside pictures, and the conversation mode can be used for live translation of chats. The app is highly accurate and will give you a fluid translation experience.

Just like Google, another tech giant Microsoft has also come up with its translator app. It supports as many as 70 different languages. You will get the key features in this app: screenshot translation, conversation mode, camera mode, and offline mode.

Among these features, the most helpful conversation mode will help you to chat with 100 people at once. But unlike Google Translator, the offline translation mode is only available in text mode.

For iPhones, Apple translator is the best-optimized app so far. Though it is not so powerful like Google or Microsoft variant, it still provides offline support of 11 different languages. You will get all the major languages like Chinese, French, German, Russian, and others you may need.

It also features instant transcribe and conversation mode. Maybe the language variation is minor, but you can take it as an option as the app works smoothly with iOS, and the developer team is still working on it to make it better.

If you want a feature-packed translator on your iPhone, Translate Now will be most probably the best option for you. The app supports more than 100 languages and comes with offline translation, voice translation, camera translation, AR translator, and multi-language keyboard.

Although the other features are the same as previously discussed apps, you will find the AR translator a unique option. It enables you to know the names of objects around you just by clicking pictures. Additionally, you are getting a keyboard that you can use to type in your desired language. However, the offline mode is only limited to 30 languages.

Now Coming to a paid variant of the translator, iTranslate will be a favorable option to include. You will get 100 languages online and 40 languages offline in it. The app can be used to translate texts, websites, and lots more. It also has a voice-to-voice mode that helps you in translating conversations on a real-time basis.

Additionally, you will get a dictionary and a phrasebook that will help you use popular phrases in different languages. Initially, the app is free to download for Android and iOS, but you may have to make some in-app purchases to access all the features.

It is another translation app for iPhone that will help you translate foreign languages. In addition, you will get camera translation, 59 offline language support, conversation mode, and lots more useful features.

The app uses Google and Microsoft support for translation that makes it a powerful translation tool. Although you will get 59 languages offline, you can translate as many as 117 languages online. So, if you are looking for an alternative translator dedicated to iPhones, then Speak and Translate can be in your consideration.

Recently a new translator has got popular over time named Naver Papago. It is an AI(Artificial Intelligence) based application. It comes in 13 languages, with both online and offline modes. Some unique features of the app include voice translation, handwriting detection, camera translation, and text translation.

Among all these features the handwriting detection is a unique aspect of this particular app. It uses its advanced AI technology to detect handwritten text and translate them into your desired languages. The offline interface is also better than most other apps in this segment. All of the above the app is free to download for both Android and iOS platforms.

The last inclusion in our list is a feature-packed translator that will help you in a multilingual conversation on a real-time basis. The app features 50+ languages and supports speech recognition, phrasebook, dictionary, and other helpful options.

The most promising aspect of this app is its speed, it can translate the text much faster than other apps, and the result is pretty much accurate. Moreover, you can save your translations and record conversations with them. So, if you are looking for a translator other than Google translate or Apple translator, we recommend you give SayHi translate a try. 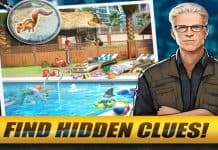 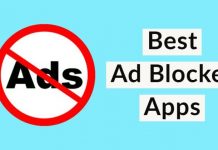 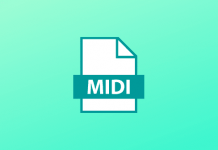