If you have planned to learn Python programming, we must first congratulate you for taking this decision. In recent times Python has proved its importance in various sectors. As a result, many programmers lean towards it from other programming languages. So the demand for Python tutorial sites has also risen significantly.

Before discussing further, we must understand why the programming language has flourished. This has several reasons. One of the main reasons is its versatility and easy-to-understand format. Moreover, the python language is growing daily for increased demand in data science and machine learning.

So, if you are also into Python learning, today’s list will help you out as we have shared some best Python learning websites that will teach you the language free of cost. In addition, the site contains video lectures and study materials for in-depth learning. 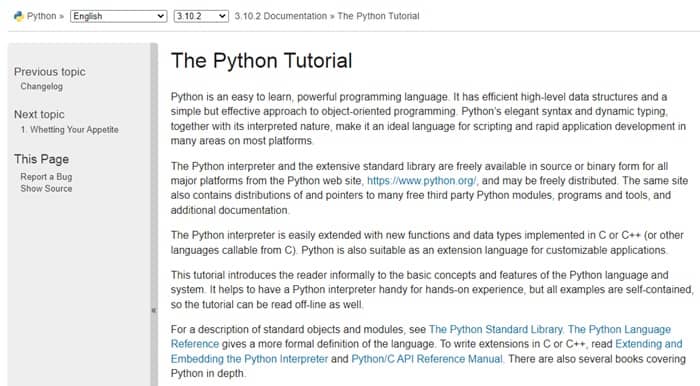 The best source of learning Python Programming free of cost is its official website. Actually, many learners don’t know about it, but the language developers have uploaded a full tutorial on their site. And needless to say, it is enough for basic learners.

The tutorial on Python’s official site is segregated to facilitate the learners. There are plenty of resources and vivid descriptions for each topic to help you in holistic learning. So if you are a beginner, the official site will be enough. 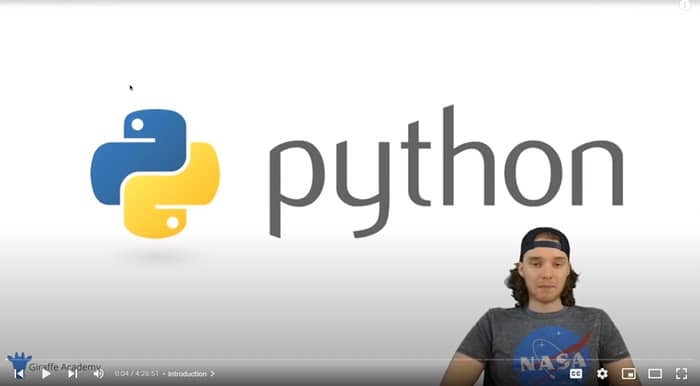 This stack of helpful videos on YouTube will help you learn Python from the beginning. FreeCodeCamp covers different videos from Python, starting from concert videos to large project works. And the best part is all these videos are free to access.

Besides Python, learners will also find videos on ethical hacking, java, C++, DevOps, etc. An advantage of learning from FreeCodeCamp is that you can get access to videos at any time and learn at your own pace. A typical lecture on the channel ranges from three to four hours. 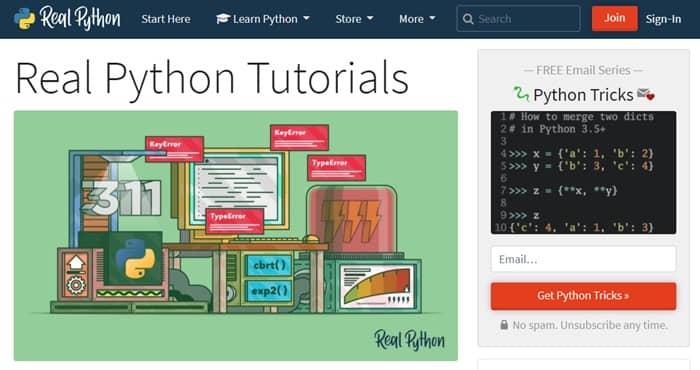 This site is an exciting platform to learn Python programming in a new way. Real Python Tutorials are user-friendly tutorials with relevant illustrations that make them understandable to students. In addition, there are several blogs related to Python on the platform where you can learn different skills.

Real Python Tutorials Offers an interactive interface to practice what you have learned. It also has several projects that you can deal with to test your skills. In addition, the platform’s versatility makes it suitable for both beginners and advanced users. 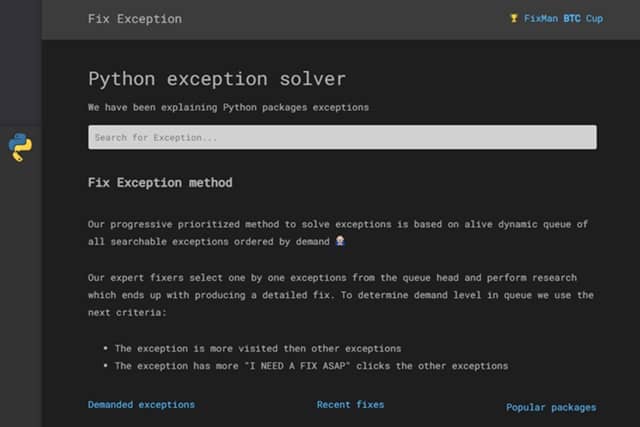 It is a Python learning website where people learn the programming language through practice. Users can first refer to the study materials on Fix Exception on the site and then solve problems. However, it may not be suitable for beginners.

There are enough PIP packages that you have to solve the exceptions. If you cannot solve them, you can definitely learn from the detailed solution uploaded on the site. Overall it is a good platform for brushing up on Python skills. 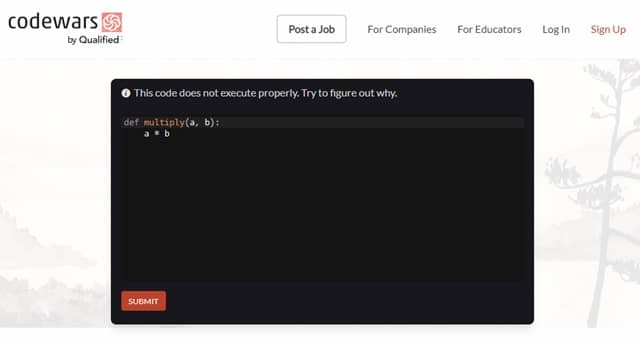 This is another website for Python learners that focuses on problem-solving. When you first visit CodeWars to learn the language, it will provide you with a puzzle that you have to solve. This is done to analyze your weaknesses and work on them.

So now, you may have concluded that the site is for those who know Python. After solving your first puzzle, you will get more as it is stacked according to the difficulty level. 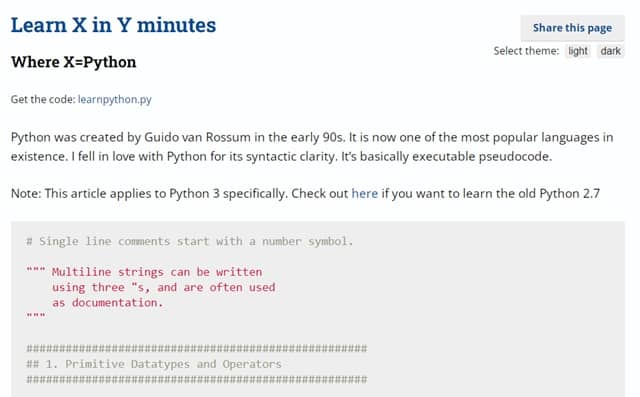 Learn X in Y Minutes is a website that will teach you Python programming language from the beginning. The site has enough educational resources segregated in different sections. So you can take up the resource according to your knowledge in Python and start learning.

After you have finished with the theory part, small programs will be given to you. Then, you have to make changes and run them correctly. The main advantage of using the platform is its interface which makes it swift. 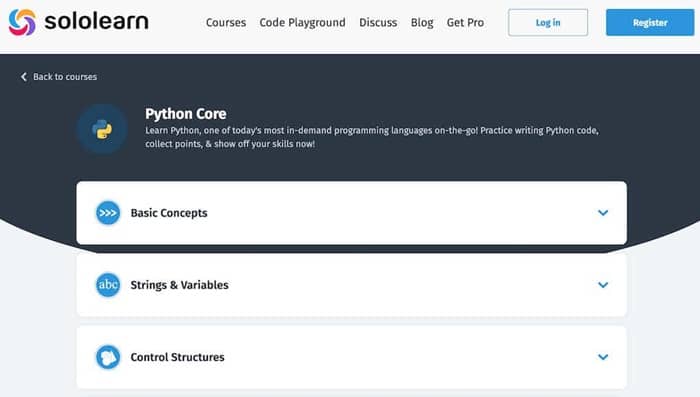 It is a text-based interactive tutorial site for programming students. Sololearn provides quality Python tutorials for free. The best part of Sololearn is that you can learn the concepts of Python and immediately start writing the code on the site.

This eradicates the complexities of downloading suitable software to run Python codes. According to the past learners, a person will have relevant knowledge about data structure and functional programming after completing all the lessons on Sololearn. 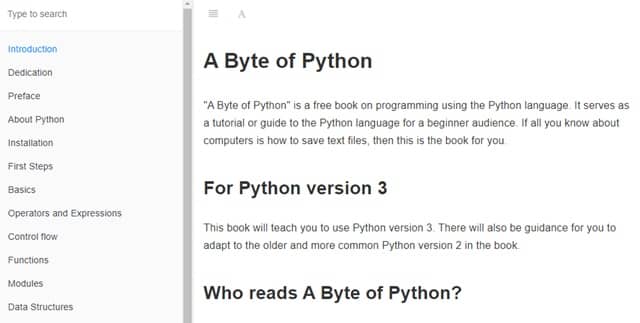 Our next inclusion is for those bookish people who love to get knowledge from books. A Byte Of Python is an online book written for Python programmers. The advantage of using this book is that you can learn from the basic concepts and scale-up.

The language used in A Byte Of Python is straightforward as the author jumps into the topic quickly. Unfortunately, this makes it a bit unsuitable for beginners. But still, if you have a little knowledge of coding, the platform will not be disappointing.

Google Messages is Adding a ‘Profile’ Feature to Beta Users