Memes are getting viral everywhere over the internet, and it is the best way to show your creativity to the world. We searched for the best meme generator android apps for you to make your meme more creative. Memes are the best thing to make people laugh as well as hilarious too.

A meme can make you laugh even in a bad or painful condition. We use memes, not just to make people laugh but also use it to reply to the conversation. People make different types of memes with different elements and various lines, which makes everyone laugh. For every trending topic on the internet, there is a meme for it, which makes it more viral.

You can create memes with different images, background through these awesome meme generator apps for android. There are various apps in the market for making memes, but we listed the best one.

Anyone can create high quality and creative memes with the help of these listed apps. You can make the whole world laugh through your memes, but you have to insert your creative thinking in that memes to make it viral.

It is the most popular meme generator app because of the features offered by them. The app will allow you to design any meme without much time quickly. Various templates are available which you can use to make your memes.

You have to select a template then add your caption, and you are done. You can create basic memes with the help of this app. The best feature is you can also put GIFs in your meme to make it more creative.

The app provides you with powerful functions to create memes easily and quickly. The best part is it will update you with every trending or viral memes. You can create your memes with these viral topics which app will update you.

The app allows you to use their custom template or you can also build yours. The app will not insert their watermark on the meme so you can post it to social media.

The app is enjoyable to use, and you are probably going to like it. The interface of this app is cool, which will attract you. The best feature of this app is your memes will rank by the users.

Once you create the meme, you have to post it on their platforms where the user will do the voting. The app will allow you to find any faces through the internet and insert text there. You can also work offline with this app, which is a unique feature.

It is another powerful meme generator app for android. The app contains various popular and viral meme which you can edit and make it more amazing. It will allow you to insert multiple filters, text, emojis to the memes.

It also contains more than 400 templates. After creating a meme, you can save it to local media or directly share to any social media sites.

The app provides various features which will impress you. You can select any image from the gallery of the phone and can use it to make your memes. Along with it, there are more than 300 memes which you can edit and show your creativity.

You can also post your memes within the app as there is a community of various users who shares memes. The best feature is you can create your watermark and can insert to meme.

All facebook users probably know about this app very well. It is the famous GIF app which is integrated with many social media sites. But along with GIFs, the app also allows their users to make memes quickly.

They contain the world’s most extensive library from where you can select the images and start your editing. You can quickly share your memes to any particular chats or to the timeline of any social media sites.

If you are looking for a simple app, then it can be best for you. The interface of this app is simple; hence, you can easily access their features. They provide various cool text fonts which you can use in your memes. There is also a live preview feature which you can use to check your meme while creating.

The app is designed for the average user who is new to meme-making as it doesn’t have advanced features. However, you will get all the essential feature for meme-making. The app size is small; hence, it doesn’t require much storage.

The app contains more than 500 popular memes which you can edit according to you quickly. There are more than ten fonts style available which you can use to create memes. Along with template, you can also create memes with any favourable image from the gallery. The amazing part is you can adjust the text colour and size of the fonts.

They allow users to generate memes through their online websites. There is no need to download any app. Probably everyone has seen be like memes, so here they provide you with the way to create such memes quickly. The app is user-friendly; hence, you can generate memes easily. 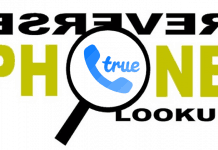 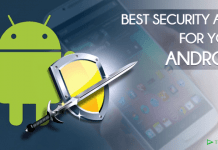 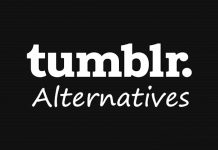 8 Best Tumblr Alternatives To Try in 2020