Xcode is a Graphical user interface (GUI) for developing software for macOS, iOS, and other Apple devices. But unfortunately, it’s not available for windows. However, we got some effective methods to install Xcode on your PC. Nowadays, app developers need to develop the app for both the operating system for the maximum output. As there are both iOS and Android users, the user benefits need to build the app in all operating systems.

Xcode is an integrated development environment, which means it provides all the tools necessary for the developer to develop an app. Xcode provides a text editor, compiler, debugger to create and compile the application easily. Below, These best ways to install Xcode in windows will help you get access to Xcode. Xcode is open source; you can make changes with the help of source code.

Xcode supports various programming languages such as Python, C, and C++, which help users select the explicit language. The best part of Xcode is building large binary files containing multiple architectures code. Let’s check out the methods we have got for you and start developing IOS or MacOS applications in windows.

Since buying a mac can be too expensive for a student, using other methods to run Xcode is much better. Also, you don’t need a mac to run Xcode anyways. After learning all the best ways to install Xcode on your Windows machine, you will ultimately say bye-bye to mac computers.

The best way to install Xcode in windows is with the help of Virtual Box. The virtual box is the software that helps you to create an OS virtual machine on your PC. You have to perform some easy steps to use Xcode.

If you’re short on budget and need to get things done, then a Virtual box is your best option. The software itself is entirely free, and you can run macOS using it. And if you can run macOS, you can eventually install Xcode easily.

Proceed with the popups, and you will reach the official apple store, search Xcode there and install it. 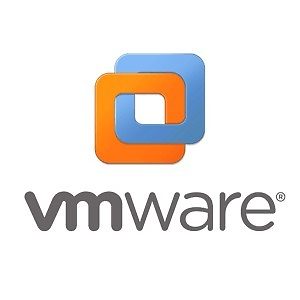 VMware helps you run multiple machines with different OS on a single PC. It is quite similar to the virtual box, which will allow you to create a new virtual machine. Like a virtual box, you have to follow similar steps to set up the macOS machine on your device.

Vmware is specially designed to run multiple operating systems efficiently. So in case, you have some severe project in Xcode, then VMware is a pretty good option. However, VMware is not entirely free software. But it is very cheap as compared to buying a new MacBook.

RDP stands for the Remote Desktop Protocol. It will let you allow you to get the Mac PC online. It is the easiest way to use Xcode on windows. Here you will have to buy RDP with Mac OS, and you are good to go. However, if you don’t know RDP, we will not suggest using this method. The best website to purchase RDP is Amazon Aws or Microsoft Azure.

This method needs some technical knowledge, so kindly do not proceed with this method if you don’t have the technical expertise. Hackintosh is a non-Mac device that runs on macOS but is not authorized by apple. To make Hackintosh, your device must have suitable configuration hardware.

However, it consists of hard steps as you have to change the bios setting of your system. It needs proper guidance to build it correctly. So if you have ever tried one, then the chances of making a proper working Hackintosh are considerably less.

However, there are many well-guided tutorials on youtube on building one. Sometimes the computer parts don’t support the mac software. But building a Hackintosh can give you the best result compared to all the three ways combined.

Hence we ended up here; you must perform proper steps to run Xcode on windows. We hope these methods will be helpful for you and happy to assist you.