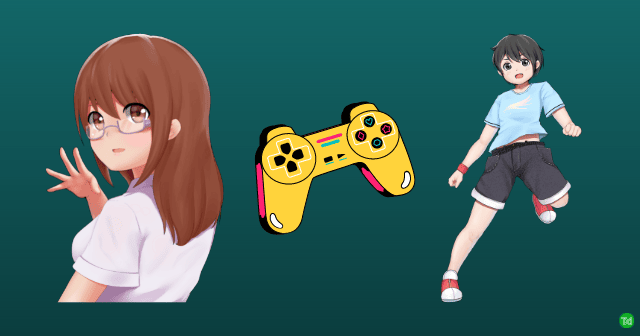 Do you enjoy watching Anime? Do you consider yourself an Anime fan? You must look through our top anime games on android. We’ve collected some of the most popular anime games across various genres to help you to play. Explore our selection and have fun playing with your favorite characters on your mobile.

Animation is a Japanese animated film that has become a hit worldwide. It’s available as a feature-length film as well as an entire series. The works that are made with the anime style have many characteristics. However, the most crucial is the style of visuals. Animation-style backgrounds, animations and characters are difficult to differentiate from other styles.

We decided to compile the most notable mobile games created following the rules of Japanese animation. We tried to ensure that the list contained games that can be understood by which it’s not mandatory to sit through hundreds of episodes in any particular series.

List of Best Anime Games for Android and iOS

Arknights is a futuristic Tower defense RPG with an original story and compelling gameplay that all serious gamers will appreciate. The players will play the character in the role of “The Doctor,” who works to eradicate the world of dangerous illnesses.

The game is full of stories, amazing graphics, and fantastic gacha features that gamers will enjoy. The game is a lot on farming, grinding, and narrative, which can be intimidating for new players.

We all know that the culture of the east is completely distinct from western culture. Azur Lane is an excellent illustration of these distinctions.

It’s a mixture that combines RPG, 2D shooter, and strategy. The most notable thing of the game is that all characters of this game come from anime girl-ships.

Then you’ll boost them, and then you can put them in the battle and fight off enemy shells in real-time. The ships will fire automatically at your enemies.

You’ll not want to miss this exciting, fresh adventure that brings together all of your most loved characters from the series: Rimuru, Great Sage, Gobta, Shion, Shuna, Benimaru, Gabiru, and more–and introduces new characters!

A brand new story written by Fuse, Author of the first light novels! A mysterious girl called Shinsha is seen and claimed as Rimuru’s son. What’s her relationship to Izis, the witch in the “mirror land”? Do Rimuru and the residents of Tempest meet the challenges Izis and her fans will bring to them?

Don’t miss out on the different universes for familiar characters such as Gabiru who ascended the Lizardman throne in the mirror world, and Shion, who evolved by absorbing her fallen comrades’ souls. Their tales won’t be told elsewhere!

The Japanese role-playing game aims to draw attention to players through its easy controls and a game that will certainly make you want to play. Grand Summoners features a classic design, which will be nostalgic for veterans of the game. It features fantastic Pixel-style graphics that are sure to please everyone.

The greatest thing is that the game has been partnered with the renowned anime series called One Punch Man, which means that you will be able to play as one of your favorite characters from the show on the screen. Additionally, the game supports multiplayer, allowing you to enjoy playing with your friends and other adventurers worldwide.

Naruto: Slugfest-X is the most recent 3D Naruto Action RPG licensed by official officials. You can relive memories of the Ninja Adventure with the characters you have in your mind. Based on the iconic animated series Naruto Shippuden. Follow Naruto to experience the epic adventure of a ninja.

This time, you can experience each thrilling battle that you’ve ever seen. Naruto Uzumaki, Sasuke Uchiha and Sakura Haruno are all the main characters available to play in the games. Begin your Ninja trial from the perspective of the protagonists! Create your Ninja legends yourself.

Many consider it to be being among the more challenging fantasy RPG games of the moment; Genshin Impact is one of the most desired anime games coming to mobile.

Travelers are enticed to the realm of Teyvat, in which they have to travel across the vast world to find the answers of The Seven – a pantheon of gods. The game combines stunning graphics and a symbiotic fighting system and an enormous world ready to explore.