The Amazon-owned security camera maker – Ring could be nearing to launch its first-ever dash cam for cars.

The ring has already announced working on this back in September last year, and now few features and an image of touted Ring dashcam were leaked by two sites.

The ring has grown to be one of the most popular residential security device makers, with various security cameras for home and office. Extending the product line, Ring has announced making a camera for in-car surveillance.

The dashcam project was announced late last year, and we now have touted images and few features regarding the same. The Tape Drive and Zatz are not funny; the so-called Ring Car Cam should look like below! 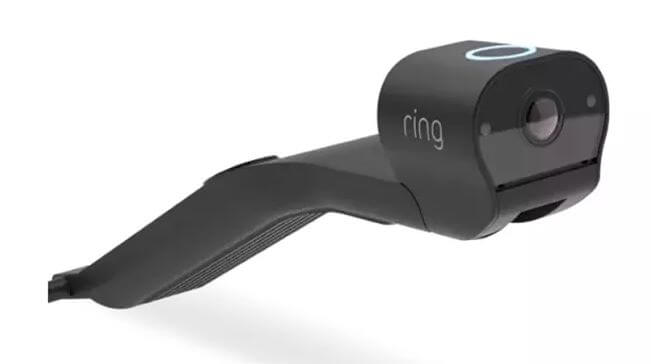 A support note mentioned in the leaked documentation revealed that Ring’s Car Cam would be attached to the Dashboard and Windshield, with power being provided by an OBD-II adapter.

While it comes with both cloud and local storage options for saving the recordings, there will be an optional subscription to add cellular connectivity to the Ring’s Car Cam, which gets the Emergency Crash Assist feature.

The Emergency Crash Assist is where a Ring employee will be checking your feed if it seems like you are met with an accident, and try sending you the relevant aid immediately.

Also, the Ring Car Cam will be compatible with 99% of the cars in the US and shall have support Amazon’s voice assistant – Alexa. This lets users operate the camera with their voice commands.