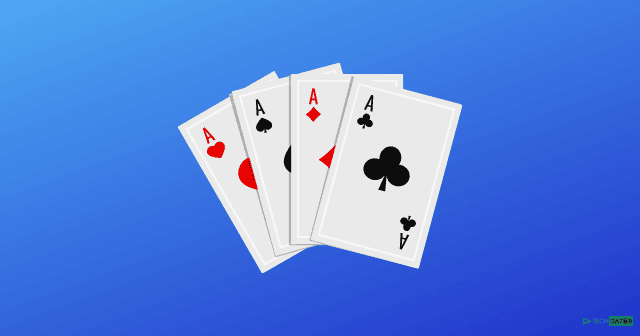 Card games are one of the best time pass activities and when it comes to solitaire, there are only a handful of people who don’t like playing it. Well, the good news is that you can easily play solitaire games on your mobile phones. There are some great solitaire game apps for Android and iOS that you can download and enjoy the solitaire game anytime, anywhere.

While there might be a lot of solitaire game apps available on Google Play Store and the App Store, finding the right one that you can enjoy can be a challenge. However, you do not have to worry about that as we have got you covered.

List of Best Solitaire Apps for Android & iOS in 2022 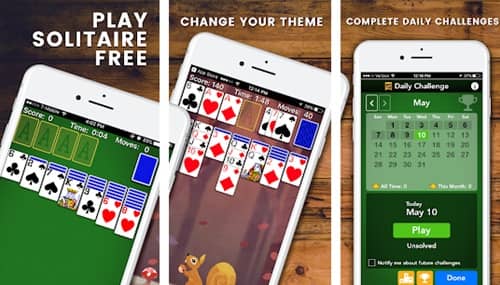 With a very simple name and a purist approach, Solitaire by MobilityWare is easily one of the best solitaire game apps for Android and iOS. It is one of the most downloaded solitaire apps on mobile phones with its name and reputation.

You can play classic solitaire using this app. On top of that, the app also brings tons of new daily challenges that will keep you hooked to the game. By winning in the daily challenges, you can win points and trophies. Furthermore, you can show your skills and shine at a global level. 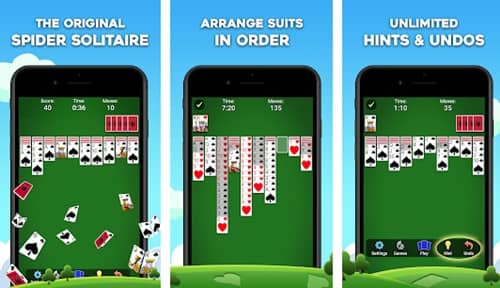 Next on the list is another fun solitaire game from MobilityWare called Spider Solitaire. The difference with this game is a change in one major rule.

In this game, players can stack the cards from King to Ace using the same suit. On the other hand, in classic  Solitaire, players need to stack cards from King to Ace but of alternating suits – red to black and back again. This game has the same fun elements, which means you can earn points and trophies by winning daily challenges. On top of that, you can also shine on the global leaderboard. 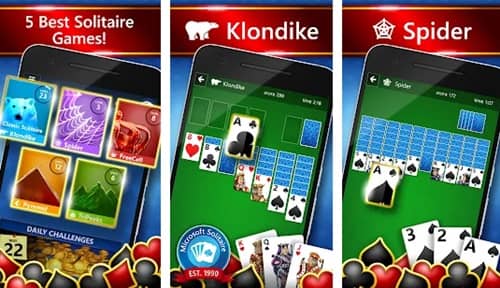 Major credit for the popularity of the Solitaire game goes to Microsoft. They introduced the Solitaire game with Windows 97 and the rest is just history. Pretty much every 90s kid has memories attached to playing solitaire on a desktop.

Now Microsoft also has a mobile app solitaire game app. The mobile game app is as addictive as the original desktop app because Mircosoft brings all the features from the classic desktop app. On top of that, it also enhances the game even more with daily challenges to keep the game more competitive. 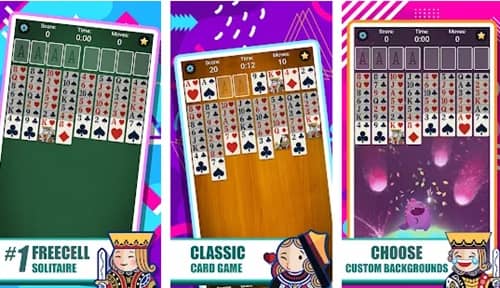 Next on the list is FreeCell Solitaire Card Game and it is also from MobilityWare. And this is one of those games that you should try on your mobile.

FreeCell Solitaire Card Game is a fun brain-teaser card game popular across the world. If you know how to play FreeCell, then this game will be fun for you. The game still sticks to its roots by keeping the mechanics classic. Like other games from MobilityWare, this one also comes with daily challenges, which are pretty fun to complete. 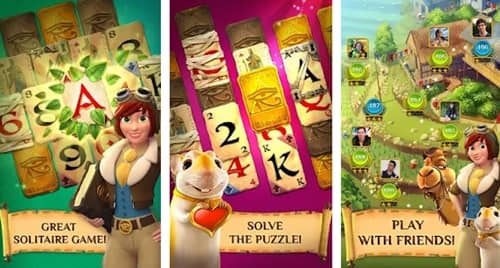 If you are looking for a solitaire game app that looks a bit different and fun to use, then Pyramind: Solitaire Sage is a great app. This app combines 3D characters and sounds to make the game more fun. Furthermore, the game also comes with a storyline to follow.

By adding a storyline to the game, playing it becomes more interesting. There are a lot of adventure-filled levels in this game. The game’s main theme is to discover treasures and magic from Ancient times. The game is just fantastic and brings a new approach to playing solitaire. 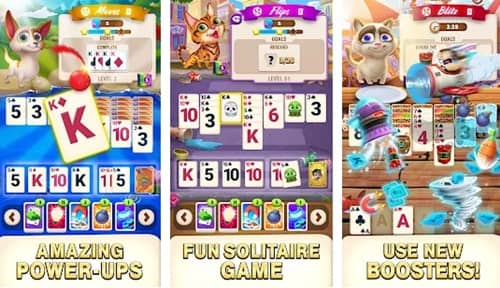 Some people might argue that solitaire is a monotonous game, especially for them. However, Solitaire Pets Adventure adds a new fun element to the game by adding these excellent pets to the gameplay. The whole design of this app is also quite different from the rest of the apps. It is brightly colored and has a cartoonish theme to it.

There are two modes in the game to play the classic solitaire or Klondike version. This game also has daily challenges and rewards for completing them. In addition, there is always a pet friend that will help you in the game.