Google is working on a new theming system for Android 12 that can recolor third-party apps. However, Developer Preview 1 for Android 12 is released, but this feature is not working. With developer kdrag0n, he managed to show the first look of Android 12 new wallpaper-based theming.

The developer has shared an album that shows the wallpaper and how it looks like. We can also see the notification background color and the accent color for Quick settings.

I've managed to get the new wallpaper-based theming system, Monet, working on Android 12 DP1. Here are some examples of predominantly purple and orange wallpapers: pic.twitter.com/jXHvWq7K81

This is another album that shows the recolors parts of Settings. 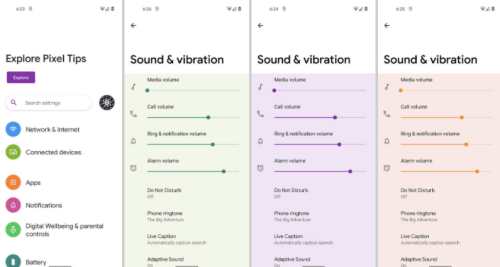 This is a set of images that shows the theming system in the Android 12 lock screen and notifications UI. 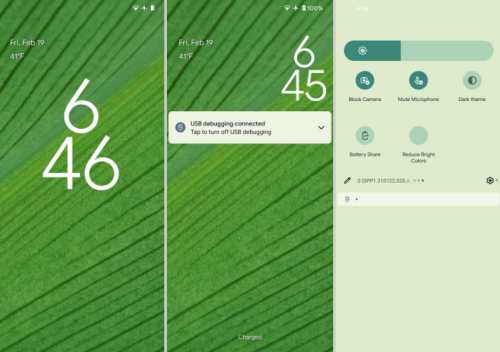 The developer kdrag0n has revealed how he worked on the new theme feature. He said,

“I enabled the feature after setting a system property. However, it had no effect because DP1 does not contain any system color palettes. It works by applying RRO overlays dynamically based on color similarity, so I reverse-engineered SystemUI to find out how the overlays are supposed to be created. After that, I wrote a script to generate overlays based on Google’s official Material Design color palettes. Monet started working as soon as the color palettes were installed.”

Earlier, the news was that Google is working on a new wallpaper-based theme under the code-name “monet.” According to XDAdevelopers, the leaked design mockup is partially matching the images of Android 12’s in-development lock screen and notifications UI.