After the Cancelation of Windows 10X, Microsoft’s next operating system, Windows 11, accidentally appeared online. So many users who love to experience windows 11 for the first time are going crazy. Windows 11 added many features to it, such as a start menu, new icons, new startup sound, etc.

As you know, the windows 11 complete build leaked online, so our team installed the leaked version and extract all the default windows 11 wallpapers. They offer different variants of wallpapers, such as light and dark. Some use a lock screen, and others use it as wallpapers.

They added more windows 11 customization features to its new build, like changing themes and customized wallpapers according to your need. I really like these wallpapers because they are very different from the previous windows like windows 7, 8.1 and 10. This time they offer new shapes, designs and colorful wallpapers. 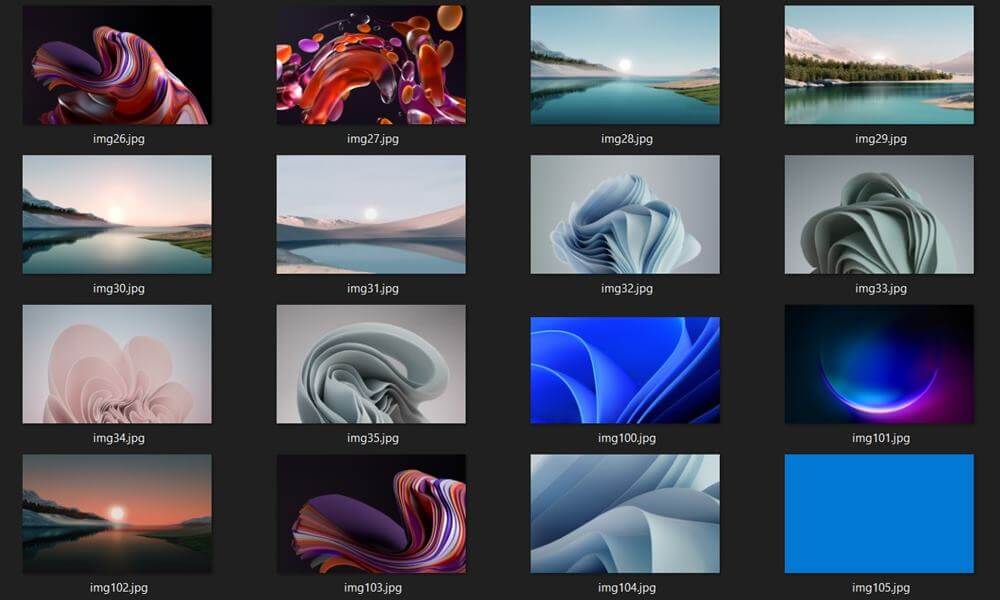 You can see the preview of Windows 11 wallpapers and offer you a download link to all windows 11 leaked wallpapers. You can directly download it and give a feel of windows 11 to your existing operating systems.

We can see more changes and features to the stable version of windows 11 when officially released. Above are from the leaked version and it is confirmed that the next OS from Microsoft is Windows 11, and that’s the major update for their Windows series.