Nintendo has announced that the Dr. Mario World mobile game is closing its services from 1 November 2021. Even the sales of diamonds, pills, and power-ups will end from July 29. The officials took Twitter to announce the news and shared the End of Service notice. 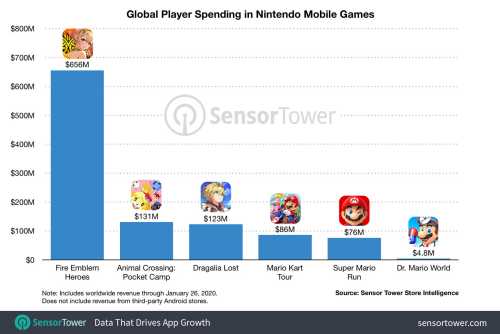 The game Dr. Mario World was launched two years ago, and it is the first mobile game by Nintendo that is going to shut down. Dr. Mario World is a Tetris-style, fun, challenging puzzle game. It also has a multiplayer mode to get along with friends easily.

SensorTower collected the data of the game six months after its launch. However, it said that Dr. Mario World was the worst-performing smartphone game by Nintendo. And the Fire Emblem Heroes is one of the biggest hit mobile games of the company.

End of service notice: The Dr. Mario World game's service will end on Oct. 31, 2021. Thank you very much to the players who have supported the game. For details, please check this link: https://t.co/fC5qnRnLFD

In early 2020, Nintendo launched another multiplayer mobile game called Mario Kart Tour. It has been downloaded more than 150 million times and has seen high earnings. Till now, Mario Kart Tour is the most successful mobile game. Apart from this, till February 2020, Fire Emblem Heroes had earned up to $656 million.

However, the company has not given any reason to shut down the Dr. Mario World mobile game. But, we can expect this as the game was not doing great as compared to others.