Tesla CEO Elon Musk recently tweeted out, calling Amazon CEO Jeff Bezos a copycat. He also attached a link to the article stating the Amazon has acquired Zoox, which is a self-driving car company. This is not the first time Elon has called out Bezos. Elon also commented that its time to break up Amazon for a fair market that encourages startup and innovation. 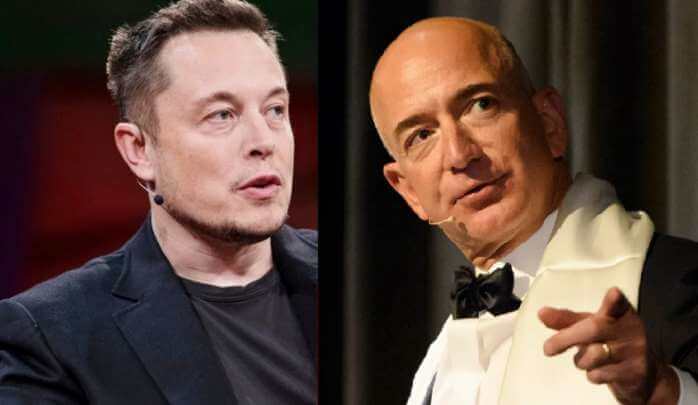 Tesla sued and won a case against Zoox.

Both Tesla and Zoox are experimenting with the use of automotive, robotics, and renewable energy to design a symmetrical, bi-directional, zero-emissions vehicle. Last year, Zoox hired a few Tesla employees. After this, Tesla sued Zoox and won as Zoox admitted hired employees who were in possession of Tesla documents.

Elon mocking Bezos is not a new thing.

Since the time, Bezos showed his interest in space exploration by buying and funding Blue Origin. Elon has taken several jabs at the eCommerce giant. He is also very vocal about the monopoly that Amazon has in the eCommerce business and the difficult working conditions of Amazon warehouses. And in his tweet, he asked for the breakup of Amazon, which was a big statement from Musk, which influenced a lot of people.

While Musk isn’t the only one calling Bezos. A New York Times reporter, Alex Berenson published a screenshot of his book titled “Unreported Truths about Covid-19 and Lockdowns: Part 1: Introduction and Death Counts and Estimates” has been censored on the e-commerce platform. Even popular comedian and host of HBO’s show, “Last Week Tonight,” has several segments of his show talking about the underlying thing of Amazon.

Bezos has ignored Elon as of yet.

As we can see, Elon has tried to provoke Bezos on more than one occasion. However, the Amazon CEO hasn’t replied to any of his tweets. Hence, we can easily say this feud is far from over.