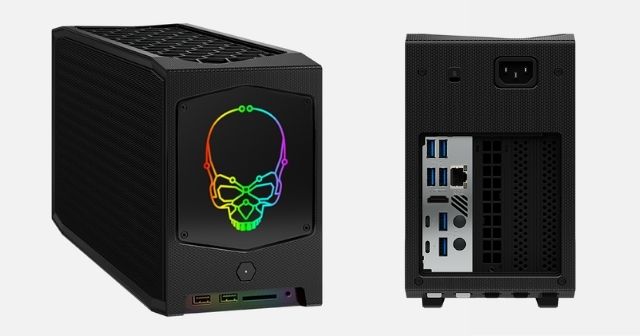 Intel has announced a NUC 11 Extreme Gaming PC that is cheaper and flexible due to 11th-gen Intel CPU. This new PC is specially designed for streamers and gamers and can also be used for recording.

Intel NUC 11 Extreme is a Mini PC as a Raspberry Pi. The new gaming PC comes with RGB LED lighting that is behind the interchangeable front panel. However, the price and availability of the new gaming PC for India are not yet announced.

The NUC 11 Extreme has 8 liters in volume and is enough to have a full-sized graphics card. Moreover, it can run a full-size RTX 3080 Ti GPU and pair with an octa-core 11th gen Intel Core i7 or an octa-core Intel Core i9 11th gen CPU. In addition, there are plenty of connectivity options like six USB-A 3.1 Gen 2 ports, Wi-Fi 6E, a 3.5mm audio port, and a memory card slot.

The pre-order for NUC 11 Extreme Gaming PC is started on SimplyNUC in the UK. According to the UK market, the price of the PC starts at $1,399. It has two 11th generation Intel CPU options, including an eight-core Core i9-11900KB and an eight-core Core i7-11700B.

According to the reports, the users who purchased NUC 9 Extreme last year can upgrade to the new CPU options. However, if you use a new CPU in the older one, then the front panel audio support will be removed. And PCIe Gen 4.0 will not be supported fully.

The online store has listed a six-core Core i5-11400H with a price tag of $1,299. Other configuration variants will be introduced later this year. However, there are no details available for Indian pricing and when the PC will be available in India.

Last year, Intel launched NUC 9 Extreme, which was the most powerful compact PC kit but was expensive if you add your own RAM, storage, GPU, and OS. However, the new NUC 11 Extreme is much cheaper.