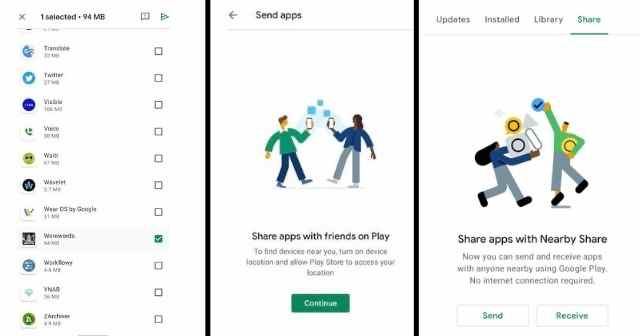 While using Nearby Share, you don’t need a Wifi connection to share files. As per the latest reports, the feature is now rolling out for Play Store and has the ability to share apps with nearby Android devices.

Earlier in December, Google said, using the Nearby Share is very easy. You need to open the Play Store, go to Menu and select the apps you want to share. The other device should accept the apps.

To use this feature, your phone must run Google Play Store on version 24.0 or latest.

Here, we will explain to you in detail how you can use the new feature to share Android apps.

Remember, the Nearby Share app does not support all the apps, like apps that are not available on the Play store, side-loaded apps, and more. And once you are done with sharing the files, make sure you click on the “Disconnect” option; if not, you guys will be connected only. It does not get disconnected automatically.