While many gamers worldwide have shifted to mobile gaming with the latest technology available, many still prefer playing on their PCs. Nox Player is a popular brand used for this purpose, but it’s an application that’s heavy on computer resources and is slow to install. There are plenty of Nox alternatives with better features, memory usage, and performance.

The top Nox alternative on our list is KoPlayer. While you can play plenty of Android games unavailable for PC, the best feature is the recognition of hardware devices. If you have a controller attached, whether wired or wireless, it will instantly detect it.

After installing the KoPlayer Download, the Android emulator welcomes you with a stunning user interface that’s easy to use. It lists the games you obtain in a central location while providing you with gameplay with minimal lag and exceptional performance.

Many PC games looking for mobile emulators turn to Bluestacks as a Nox alternative. We don’t blame them, as it has a sleek interface and a Google Play lobby for you to search for Android games. It regularly receives updates and new versions as the developers improve its performance.

Unfortunately, Bluestacks has some lagging issues, sometimes shutting down or freezing when things don’t go according to plan. Be that as it may, it can play a wider variety of games than most Android emulators, delivering optimal graphical quality if your device can handle it. 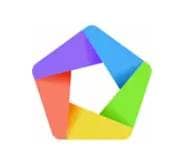 MEmu is one of the latest Nox alternatives to enter the arena, enjoyed by gamers that love playing high-end games such as PUBG Mobile, Mobile Legends: Bang Bang, Garena Free Fire. And Clash Royale. The Android emulator has no problem keeping up with its excessive framerates, as long as you have the PC resources.

The exceptional graphics stem from the DirectX and OpenGL rendering of 3D environments. There’s also key-mapping for setting gameplay actions to buttons if you don’t like the default setting. One feature that sets it apart from the competitors is that you can resize the gaming window.

Andy OS isn’t merely another Nox alternative that acts as an Android emulator. It runs on Google operating system, linked directly to Google Play for the top titles in the mobile gaming industry. Of course, you can still download and side-load APK files if the store is missing an app you need.

The top ones include desktop notifications, widgets, data syncing, and file browsing of all the features available. You can even remotely control this emulator with your smartphone. Sometimes the developers are a bit delayed when upgrading to the latest Android OS, but you’ll still experience exceptional performance.

The final Nox alternative on our list is Genymotion, which leans on Oracle VirtualBox and OpenGL for additional support. It emulates specific Android phone models, automatically detecting if you have a mouse and keyboard connected to your PC. While it lacks many features compared to the other options on our list, the installation is much faster, with the opportunity to add the Android Debug Bridge later.

One minor shortcoming is that the app sometimes crashes unexpectedly. However, the developers constantly update it with new patches and versions with improved performance.

Mobile Gaming on Your Computer

Now that you have our list of the best 5 Nox alternatives, there’s no need to deal with the application’s sub-par performance and gameplay. If you don’t have the required phone to play games like Among Us or Call of Duty: Mobile, any one of the above will help you set you on the right path towards mobile gaming on your PC.