The new feature is available for Windows 10 users which runs insider builds to use Android apps directly in Windows 10. However, this feature is supported on selected Samsung Galaxy devices, and it allows Android to run the apps on Windows. 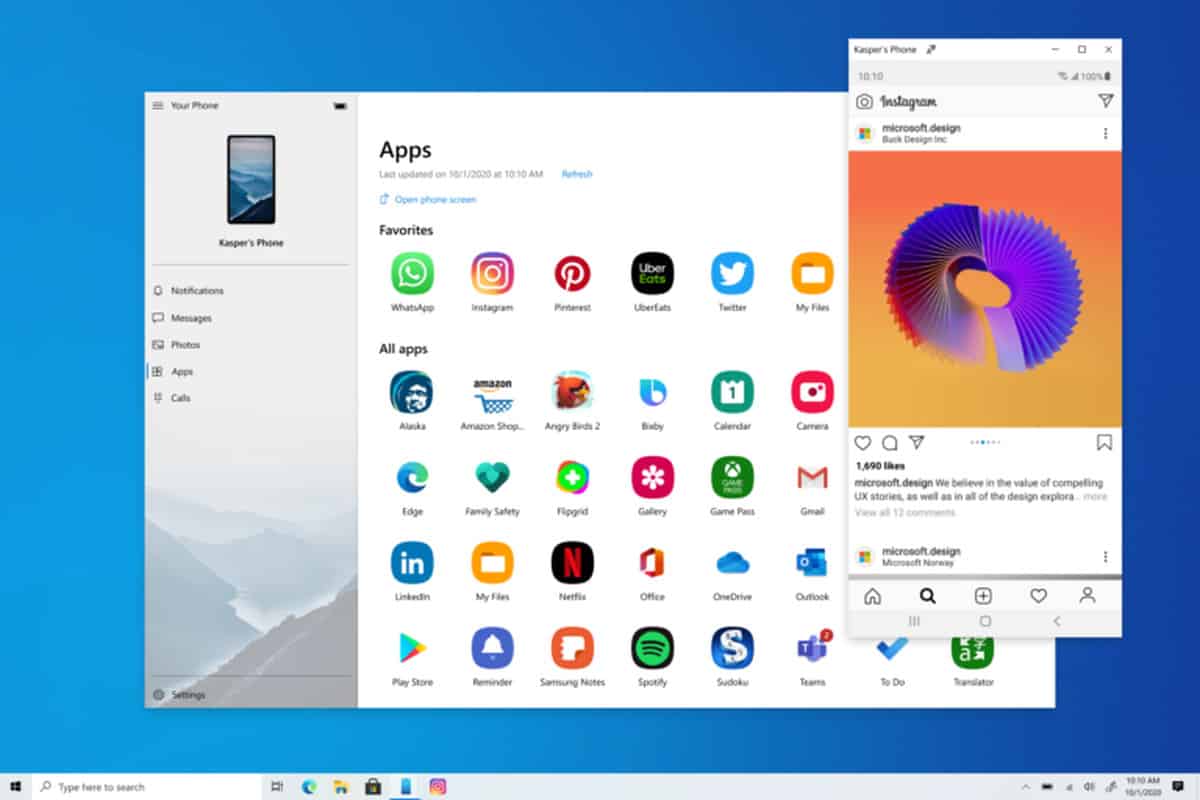 If you want to use this feature, then Samsung Galaxy users should first link their device with Windows 10 by using Your Phone app. Once the device is connected, select the “Link to Windows” button. Then you will see the list of the apps available in Windows 10.

After that, all Windows 10 users can install the Android app and use it on Windows desktop outside the Your Phone app. As of now, only one app can run at once on Windows 10. However, Microsoft is planning to give support to run multiple apps at once.

Microsoft said that they are working with Samsung to get this feature to many other devices. This feature works with most of the Android apps, but Microsoft says that some of the apps might not allow viewing their content on the screens.

So, if you want to run Android apps in Windows 10, then you must have the latest Windows 10 Insider build 20185 and should run the newest version of the Your Phone app.