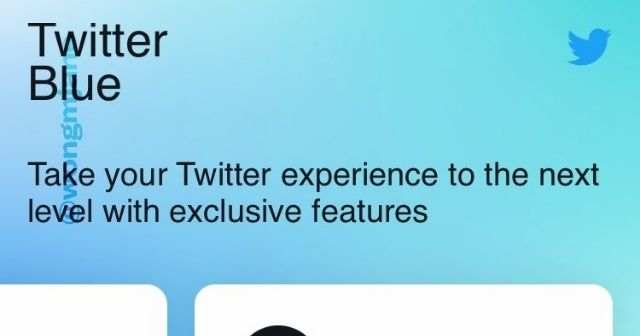 The price for a “Twitter Blue” subscription is $2.99 (around ₹200) per month in the US. On the iOS App Store page, the service is listed as an in-app purchase. An app researcher, Jane Manchun Wong, spotted this and has become the first customer of Twitter Blue.

Jane has posted a tweet with some screenshots that shows the color themes, and custom app icons. This means, when the user will purchase the Blue service, they can select the Twitter theme from different colors like Red, yellow, purple. And app icons’ color can also be changed to pink, purple, green, orange, and more.

Twitter confirms “Twitter Blue”, which costs $2.99 per month by publicly including such In-App Purchase on the App Store

However, this feature is not yet available for everyone, but it is expected to roll out soon. Still, the service is under development. Moreover, Twitter Blue will have an alternative icon for the iOS app that is based on iOS 10.3.

Twitter Blue users can organize their favorite tweets into different collections, undo tweets, read Mode, and more. On the other side, the company has announced Super Follow, which allows the users to pay to fleets, access tweets, and other content from creators.

A tipster Mukul Sharma has confirmed the Blue Tweet service in India and said that the price will be Rs.269. Twitter Blue will offer different subscription plans which are not known yet. Let us wait for the service to roll out officially for all the users.