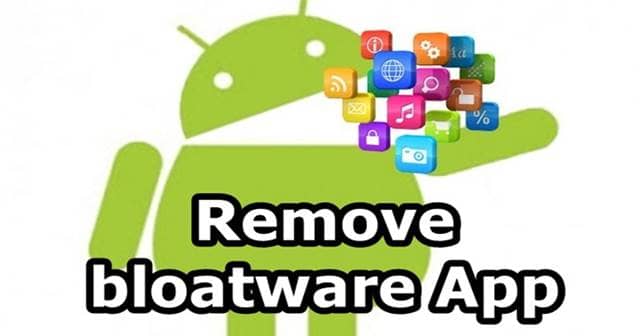 All Android smartphones come with bloatware. The apps that come pre-installed on our smartphone are called Bloatware. Even you might have seen those apps, from which many of the apps are not usable. So, the user tries to uninstall or enable those apps.

Smartphone Companies like Vivo, Oppo, and Samsung come with many bloatware apps. Few of the apps can be disabled easily, but few of them can’t and these apps remain on your phone eating your storage space. And even if you enable those unwanted apps, it still takes up your space storage.

Uninstalling bloatware is not an easy task, for many people do root the phone and also try to change ROMs. But now we have got one app that will help us to remove all bloatware easily. The new app ‘Universal Debloater app’ will get your job done with few taps.

The Universal Android Debloater script will stop those apps from being loaded. The script named debloat_script.sh, is compatible with Linux and macOS. In order to use the tool, Windows users have to install the compatible Unix terminal. The scrip depends on crowdsourced debloat lists. There you can find a few OEM and carrier-specific lists.

Here are some of the features of Universal Android Debloater:

If you want to try debloater script, then check out the latest version here. For more details on the codebase and other details, visit here.