Worldwide torrents, one of the popular torrenting site available out there is suffering a lot right now. The site has been down for a good amount of time and now users are terrified about it. The site administrator and moderator haven’t responded yet. There are no updates of when the site will be back. The users are now in the search for both uploading and downloading the torrents. This users’ list includes Nemesis 43 too.

Worldwide Torrent was a Good Alternative For Kickass Torrent Users

The worldwide torrents website was launched three years back. That was the time when Kickass torrents have bid adieu. Although the site isn’t the biggest one like KAT, it has a genuine and good number of followers. There is a community of worldwide torrent fans and users too. Several users of KAT has considered worldwide torrents as a great alternative and have been uploading and downloading the torrents in this site.

The history of Worldwide torrent is rough and there are so many times when the users have faced this issue. The extended downtime of the site has put the users in an uncomfortable situation already. Right now when the site is opened a Cloudflare message is displayed on the screen.

The trouble shot up when WWT has gone down in the mid-June time. The site came back for two weeks and again it is down for one week now. Nemesis43 is a regular uploader in WWT and he is famous for uploading comics. The journalists have reached him out and he said that the personal issues of the administrator are the main reason for this downtime. The official administrators of the site haven’t responded on the issue yet.

The backup ETTV has been used for now but the users are saying that this can be a permanent solution for their issues too. 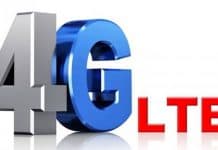 Emotet Gang is Preying on US Bank Customers with Smishing Attacks

Microsoft Released a Public Preview of its Defender ATP for Linux