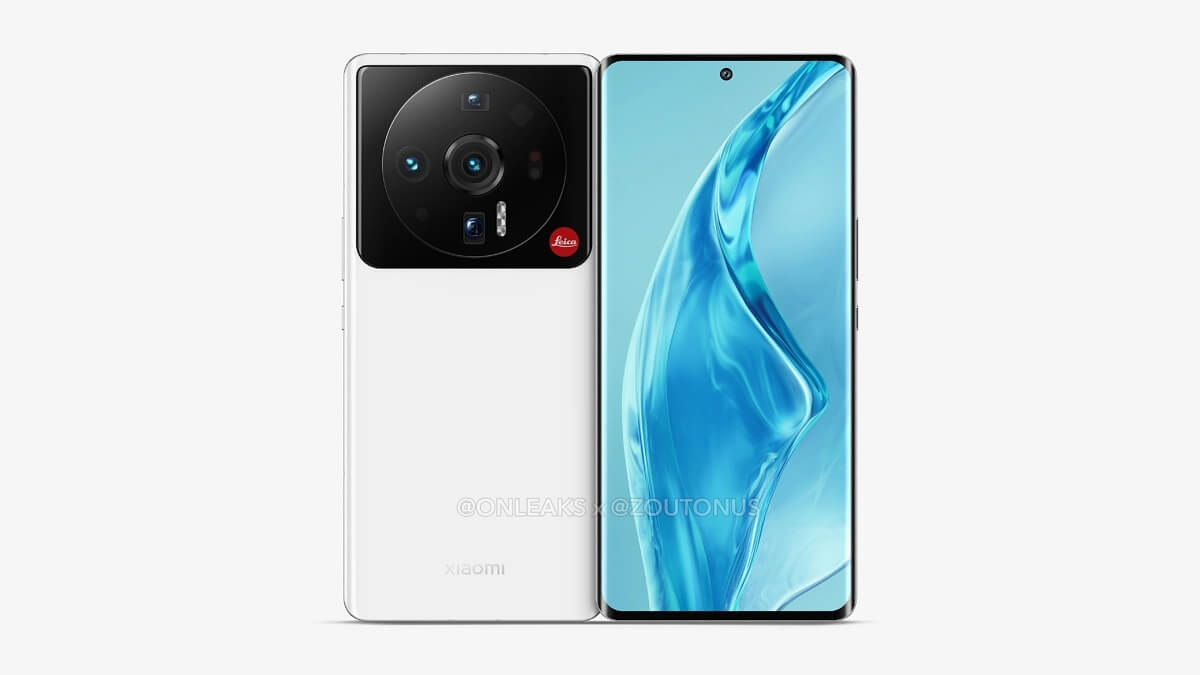 Xiaomi 12 series arrived in China late last year followed by its international launch in March this year. The series comprises three models Xiaomi 12, Xiaomi 12 Pro, and Xiaomi 12X. Talking about the series, there’s a fourth model in the works as seen in a render leak from reputable leakster OnLeaks in partnership with Zoutons.

Xiaomi is expected to outrun the Xiaomi Mi 11 Ultra released last year with the new Xiaomi 12 Ultra. The phone as seen in the renders looks amazing with a giant edge-to-edge curved display, thin top and chin, and a massive camera bump at the back. In fact, the camera bump is so huge that it takes up more than 1/3rd of the rear panel housing the apparatus consisting of seven modules.

The rear camera bumps likely to sport a 50MP primary snapper, a 48MP ultrawide, and a 48MP periscope sensor onboard while the tiny punch-hole cut-out sports a 20MP shooter. As you can tell, information regarding other sensors remains shrouded at the time of writing this.

Xiaomi entered into a strategic partnership with Leica in May 2022 where it confirmed releasing a Leica-branded device this July. As the renders show Xiaomi 12 Ultra with a huge camera bump and with a humongous Leica logo on top of it, the said device could be Xiaomi 12 Ultra.

To put things into perspective, here are some specs that the Xiaomi 12 Ultra is likely to pick up and these are top-notch. We are talking about a 6.6-inch curved AMOLED panel housing a QHD+ resolution, a refresh rate of 120hz, and 1700 nits of peak brightness. In fact, the display is huge with little bezels around the edges which makes it almost edge-to-edge.

Moving ahead, the phone is highly speculated to have 161.9×74.3×9.5mm of dimensions without accounting for the camera bump. There’s a 13.1mm thickness when counting the bump as well. Moreover, the device is likely to be made up of an aluminum frame and a ceramic back panel while the front is usually the top-of-the-line protective material aka Gorilla Glass Victus in this case.

The device is highly likely powered by a Snapdragon 8 Plus Gen 1 SoC so that’s something Ultra users can watch out for. We are yet to get intel on when the phone will officially arrive although it wouldn’t take much longer.