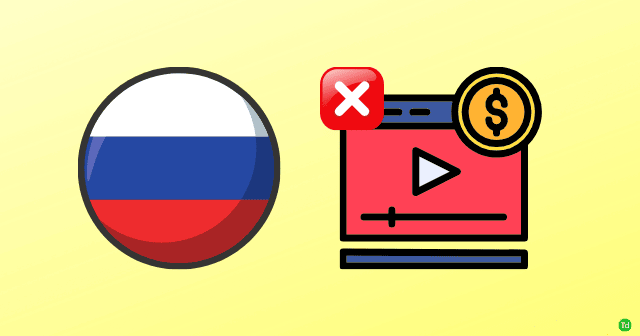 Though the full list isn’t shared, the bunch contains RT, a Russian state media. YouTube cited “extraordinary circumstances” for today’s blocking, which has no specific span. Also, the platform is making these channels appear less in user recommendations.

As the war between Ukraine is Russia doesn’t seem to settle down anytime soon, Western social media platforms are doing everything they can to show their positive support in this situation.

In this pursuit, we’ve seen Facebook blocking ads, advising users to lock up their profiles, and even setting up a Special Operations Center to help Ukrainians with needed information.

On the other hand, Twitter recommended a few security protocols users should follow to safeguard their accounts and even stopped ads and recommendations in Ukraine and Russia. These actions are cited for stopping the spread of misinformation amidst war situations.

Now, YouTube announced blocking specific Russian channels to earn ad revenue on its platform. In response to Reuters, the company said that it’s putting these media channels’ ad earning ability on pause for a while. Though it didn’t share the list of channels to point them out, the bunch contained Russia Today (RT), a state-run media.

The Russian state-owned media channels, including the RT, are said to have earned over $73 million in the last 12 years. And as per Omelas, an internet research firm, Russia has earned over $27 million of ad revenue between 2017 and 2018.

Besides blocking them from earning ad revenue, YouTube also said they would make them appear less in the user recommendations. Also, RT and other Russian state media channels are blocked in Ukraine, as per the request from the Ukrainian government earlier.