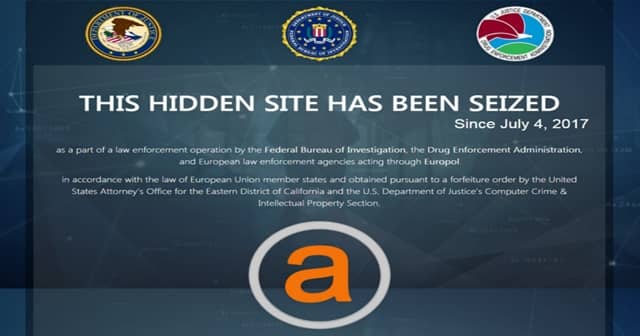 In a joint operation made by Europol, FBI, and the US Drug Enforcement Agency, the police have successfully shut down the AlphaBay and Hansa – the two largest dark web marketplaces.

At the time of shutdown, both the marketplaces are serving hundreds of thousands of visitors, transacting illegal goods, drugs, malware, and stolen identity. Though they were closed now, the police warned that some other similar sites may soon show up to fill the gap.

Four years after the seizing of Silk Road, the notorious dark web marketplace of its times, we now see two more similar platforms shut down by the police. As per the report, the FBI, Europol, Dutch police, and the Drug Enforcement Agency of the US have successfully shut down today’s largest dark web marketplaces – AlphaBay and Hansa.

Talking on this joint operation, attorney general Jeff Sessions said at a press conference that this mission was the bust of “most important criminal cases” of the year. At the time of takedown, AlphaBay alone had been serving over 200,000 customers with more than 40,000 sellers – all selling illegal goods.

These include stolen identities, malware, drugs, etc. The platform had over 100,000 listings for sale, making it much bigger than Silk Road, which had 14,000 listings before closing down. These were followed by Hansa, the third-largest dark web market when it shut down.

It’s said that AlphaBay has already made over $1 billion in sales before being seized by police. Users of the platform started suspecting irregularities in its functions in July last year when the owner and admin of AlphaBay were arrested in Thailand.

A week later, he was found dead in the custody of the police. Yet, the marketplace thrived with thousands of orders being processed. Well, after its shutdown, most of its visitors flocked to Hansa, increasing its traffic eightfold. The platform has thousands of users before it was taken down.

Now, the Europol director, Rob Wainwright said they’re trying to track down Hansa buyers and sellers through the seized platform data – specifically through the usernames and passwords.