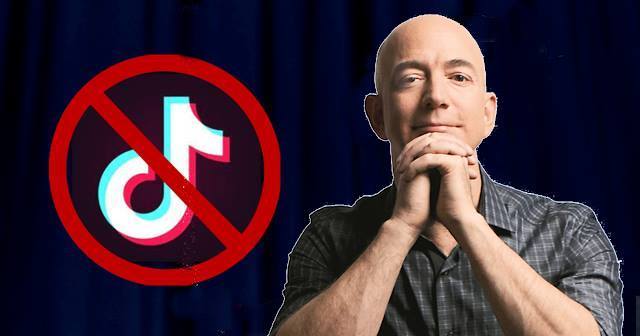 Hours after ordering all of its employees to uninstall TikTok from their phones yesterday, Amazon now says it’s an error! The company spokesperson revealed to BBC that, there’s no policy change regarding TikTok, and lets them continue using. The earlier internal email asked all employees to uninstall using TikTok in a phone where Amazon’s work email is being used, citing security reasons.

Any move from Amazon is big. Since the company has extensive operations in most of the countries, even a simple reform would impact both userbase and workforce. And a situation like this had almost happened yesterday. In an internal email to its employees, Amazon has asked all of them to uninstall TikTok by 10th July, to retain access to their Amazon work email.

The reason cited here is of security issues but didn’t explain much. Further, it did give an option to use TikTok through their Amazon laptops if wanted. And now, it just reversed the call saying it as an error! In a statement by the company’s spokesperson to BBC,

“This morning’s email to some of our employees was sent in error. There is no change to our policies right now concerning TikTok.”

TikTok spokesperson, on the other hand, said they weren’t approached regarding any issue before asking employees to uninstall TikTok. Well, though it did solve now, speculations hint US community to prepare for the app soon. Earlier this week, Vice President of the US, Mike Pompeo announced that Trump’s administration is looking to ban the short-video app, TikTok completely from the US citing similar security reasons.

The app was caught several times in privacy and security scandals for the last few months, which would’ve summed up to call for this ultimate move. It’s accused of reading the clipboard content without the user’s knowledge, transmitting traffic over unsecured protocols, etc in the past.