A report from the Bitcoin Press revealed that a quite unpopular cryptocurrency may soon create a shortage of AMD processors!

The coin is Raptoreum (RTM), asset creation and smart contracts cryptocurrency that can be mined profitably on Ryzen processors, due to their large L3 cache value. Thus, it’s reported that Raptoreum mining may posses a threat to AMD CPUs in the long run. 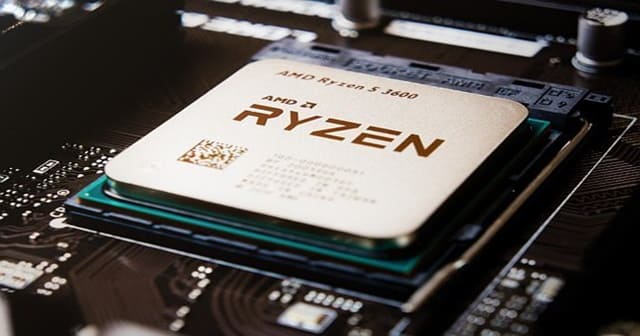 Aside from purchasing through a cryptocurrency exchange or peer-to-peer trading, cryptocurrency mining is the direct means of obtaining a coin. But, that’s more hassle than buying one outside, as you need specific hardware and electricity for covering up the mining costs.

As many countries clearly stated electricity as a core problem, the specific hardware required is also under threat now. This could be based on the type of coin you’re wishing to mine, and in the case of Raptoreum, a simple Ryzen processor is enough!

This is because the AMD Ryzen CPUs carry a large L3 cache, which is essential for Raptoreum mining. And as per the Bitcoin Press report recently, this feature of AMD CPUs can put them in supply shortage in the long term if all the miners realize it!

The report stated statistics of Raptoreum (RTM) mining, that can be done on huge cache bearing Ryzen, Threadripper, or Epyc chips of AMD. As per the Raptoreum Mining Profitability Calculator, Zen 3 mainstream processors like Ryzen 9 5950X and Ryzen 9 5900X, which possess L3 cache upto 64MB, can cater 4,247 h/s and 3,557 h/s, respectively.

That power can result in about 205 and 172 RTM coins being mined if done accurately through the GhostRider algorithm. This earns you about $4.16 and $3.43 respectively, considering the $0.12/kWh electricity costs and $0.0220255 per Raptoreum in the market now.

In that case, it’d take you about 178 days to pay off the purchasing cost of the Ryzen 9 5950X chip, which is around $740 now. And it’s practically 153 days for Ryzen 9 5900X, which is priced at $524 now. These numbers could be so big in the case of AMD’s Threadripper and EPYC processors, which carry a lot of L3 cache values.