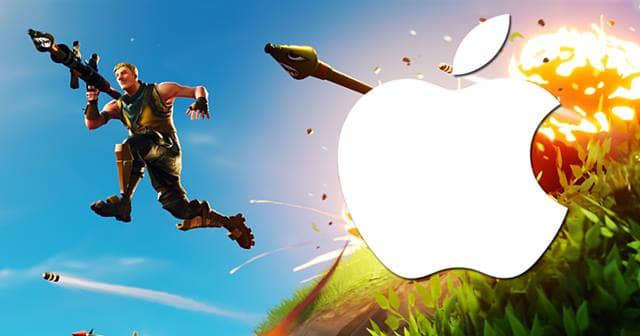 Fortnite, the game due to which one of the significant lawsuits is triggered between Apple and Epic Games, has an update on its status in the iOS store.

Epic Games CEO Tim Sweeney said that Fortnite would not be available in the iOS store for at least five years, as Apple informed Epic Games that it would not reinstate the game until the issues were solved.

It’s known that the popular battle royale game Fortnite was removed last year from the iOS store since it violated the store policies. Apple caught Fortnite using its own in-app payment method for transactions, which skips the revenue cut Apple should get.

This is intentional by the developer Epic Games, as it wanted the rules to be liberal. Unfortunately, apple sucking 30% cut in every transaction puts the burden on consumers. Thus Epic Games started advocating for more reasonable policies.

And the lawsuit it filed resulted in a no-win situation for both, as Apple was ordered to let developers use their mechanism for collecting payments and is given the power to isolate apps that don’t play by its own rules.

This means Apple has without Fortnite from being available in its iOS store, as it doesn’t comply with the rules. And this was informed to Epic Games last week, which is now shared by its CEO, Tim Sweeney.

Late last night, Apple informed Epic that Fortnite will be blacklisted from the Apple ecosystem until the exhaustion of all court appeals, which could be as long as a 5-year process. pic.twitter.com/QCD7wogJef

As per his tweets, Fortnite may not be available in the iOS store at least for the next five years, as Apple made it clear that it doesn’t reinstate the game (or the developer’s account) until the lawsuits between them are settled.

But, Tim Sweeney said they’re ready to comply with Apple’s rules and would follow others suite in the store to let Fortnite re-release in the iOS store. Yet, Apple refused to settle.