Apple CEO Tim Cook had some nasty things to say about Facebook’s controversial blockchain project Libra. According to Cook, this project is nothing but a power grab. Cook was speaking to the French newspaper Les Echos when he denied the rumor that Apple is working on launching its own digital currency. The rumor was spread when Apple investment in mobile payments, digital wallets, and consumer credit with the new Goldman Sachs-backed Apple Card.

Just after Cook’s comment was published, PayPal announced that it was backing out of Libra Association. Libra Association is a nonprofit group that consists of 28 members. The group was formed to oversee the creation of the currency and bringing it to work. Although both events are unrelated, the withdraw was a huge blow for Libra’s ongoing development and its prospect.

Over the past few months, Apple has been aggressively targeting Facebook. It started with Apple implying that Facebook has a poor track record of leaking user privacy information. Now this project is being labeled as a power-grabbing move.

Facebook is marketing Libra as a next-gen blockchain technology that will help people in developing countries gain access to banking services. However, Facebook has an alternative motive with Libra, i.e., digital wallet Calibra. Which it wants to embed itself in both the financial sector and bank accounts of people worldwide. If the project becomes successful, Facebook can influence billion people daily around the globe.

Apple is not the only organization fearful of corporate-controlled currency. Many people have jumped in and scrutinize Facebook. Entrepreneur Mark Cuban has called digital currency dangerous. Germany and France have publicly voted to block digital currency. Even congress has grilled Facebook about their ambition. We will have to wait and see how Facebook acts after PayPal’s withdrawal. 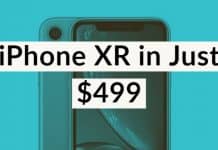 TikTok Owner ByteDance is Moving Out of China Soon 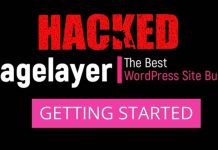 Apple Users Can Jailbreak Their iPhones Running v11 to v13.5