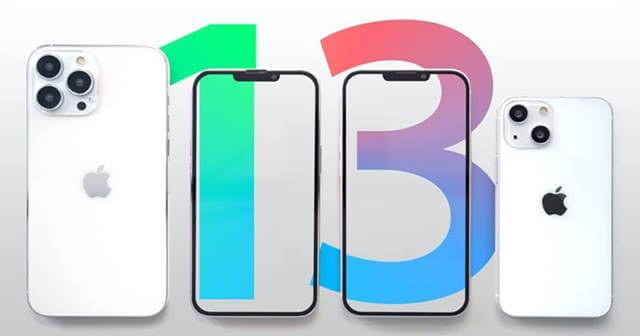 Is Apple going to increase the pricing for iPhone 13? Digitimes reports that TSMC recently informed clients of the upcoming shift, which would result in a 10% rise in quotations for chips manufactured on 7nm and smaller processes and a 20% increase in prices for chips built on 16nm and bigger technologies. The adjustment is expected to take effect for orders that are scheduled to be fulfilled in December.

It was highlighted in the study that orders for chips manufactured on TSMC’s N5 and N7 nodes accounted for over half of the company’s total revenue of $13.29 billion in the second quarter of 2021.

During the same period, N16 and N28 process orders generated 25% of the total income generated.

The result of this is that, according to a report from DigiTimes, Apple is allegedly considering raising the price of its forthcoming iPhone 13 series as a method to compensate for the higher expenses of chip manufacture from its major chip supplier, which is TSMC.

According to the source, TSMC intends to raise chip production costs, which would influence several clients, including Apple, among others. According to reports, TSMC is seeking to boost its costs by as much as 20 percent for its “advanced and mature process technologies.”

Apple is allegedly considering increasing the pricing of the forthcoming iPhone 13 series to mitigate the impact of growing costs on their profitability to compensate for the cost increases.

According to the analysts, due to increased manufacturing costs, brand vendors may be forced to pass the expenses on to end-market clients.

According to market insiders, Apple is expected to raise the costs of its future iPhone and other series to compete with rivals. As a result, several notebook brand vendors, all of which have hiked their prices by 5-10 percent so far this year, are continuing to look for methods to offset the impact of growing expenses on their bottom lines.

Because it maintains stable customer pricing, the Cupertino tech giant is well-positioned to absorb the higher quotations. However, the firm may increase expenditures to maintain its margins, which are among the greatest in the sector at the moment.

More Information about its Launch

The iPhone 13 will most likely be released in September 2021, and we anticipate that it will hit shop shelves on either the third or fourth Friday of the following month (around September 17 or 24).

Before 2020, Apple frequently introduced its new iPhone models on the first or second Tuesday of September, depending on the year. Similarly, if this occurs again in 2021, we may anticipate the iPhone 13 range to be unveiled on September 7 or September 14 and to be available for purchase ten days after that.

Some industry analysts have predicted that an announcement will occur in the third week of September this year, implying that September 14 is the most likely date. However, September 15 is also a possibility because the company has previously announced phones on Wednesdays.