Apple’s M1 chip-based MacBook Air has just breached the one million mark on AnTuTu benchmark scores. Considering the macOS Big Sur’s cross-platform compatibility, an iOS app of AnTuTu was used for testing and performed on iPad Pro with A12Z Bionic chip. This showed increased performances of 50% in CPU and 45% in GPU. 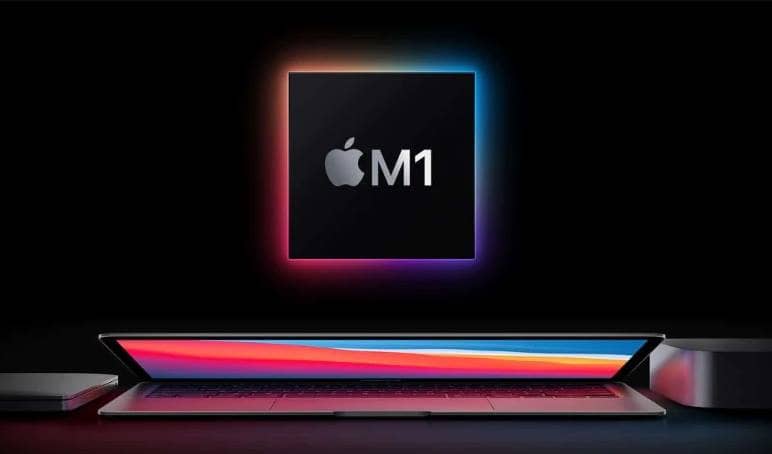 Apple has finally taken the leap of ditching Intel’s x86 chips in its MacBooks and show up with its own chipset. It unveiled a new MacBook Air earlier this month with its first in-house made M1 chip, which is already touted to be better than Intel’s 10th generation chips.

And now, confirming the rumors, the MacBook with M1 chip was tested on AnTuTu to see astonishing results. As per reports, an iOS app of AnTuTu (v8) was used on MacBook Air to check the benchmark scores.

Using an iOS app on MacBook is now possible as Apple has stuffed the new macOS Big Sur, which supports cross-platform (only Apple) compatibility.

Interestingly, the app has detected MacBook Air as iPad Pro with iOS 14.2. In this case, the test was run based on Apple’s A12Z Bionic chip, which is faster than the current A14 Bionic chips in terms of performance.

Considering that, it has 50% and 45% improvement in CPU and GPU performances, with over benchmark score breaching the one million mark!

And this was just made on the 7nm process! Comparing with the current A14 Bionic chip in iPhone 12 series, it shows over 78% in CPU and 2.5x faster performances in GPU.

It should be noted that A14 Bionic in iPhone 12 series was even stripped down to save up the small battery life they have, thus, these numbers could be even more than what we explored.