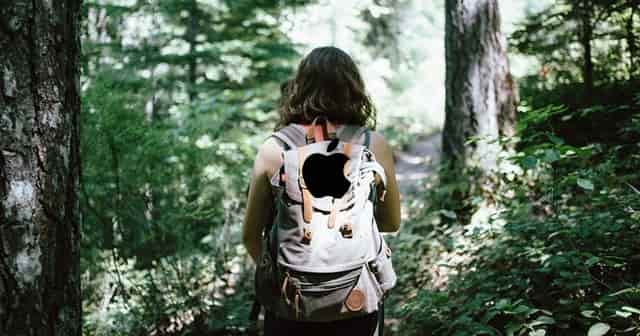 To obtain more details on the ground for pedestrians, Apple started surveying three UK cities with a special backpack gear.

Starting today, Apple’s team of backpackers will roam throughout the selected cities to gather granular data of areas where cars cannot reach. These could be parks, thin aisles, roadside shops etc – all will be shown more precisely in Apple Maps after the survey.

Though Apple had a bad start with its native maps service, the company is investing heavily in the platform to make it in par, or even better than rival Google Maps. In this pursuit, Apple started collecting more data in unreachable locations of select UK cities, to put a better navigation in its Maps.

As per reports, a bunch of Apple backpackers will roam around London, Birmingham and Manchester with backpack-mounted cameras and sensors, to gather Look Around images. Locations that can’t be reached by a car – like mountain trails or pedestrian shopping streets etc will be mapped in this survey.

All this to make the Apple Maps better by being more helpful with navigation. While it started with only three cities as of now, expect more like Berkshire, Staffordshire and the West Midlands to be explored soon.

This survey will go on until mid May, with all the Apple’s privacy rules applicable in this data collection process. These include precautions like censoring faces and licence plates on images that are published in Look Around.

After all, the company last year stated three main reasons why users should consider trying Apple Maps instead of Google Maps, so it will strive anyway. Apple said;

“Firstly, Apple is making a large investment into Maps to continue making it better. Privacy is central to it, in that you don’t need to make a separate account and they aren’t tracking your location for data purposes. Third is the design and ecosystem that Maps plays into. The integration with other Apple devices and services is a key aspect of this service.”