On the occasion of the upcoming Chinese New year, Apple announced a special edition AirPods Pro set – that has a rabbit face engraved on its case and the retail box.

Except for the imprint of a rabbit (signifying the next Year of the Rabbit for Chinese), the AirPods 2 has no additional features and come at the same price. They’re available in China from December 30th to January 2nd, and only two pairs for each person.

It’s usual that OEMs release some special editioned products for any occasion in their major markets. And Apple is doing it now in China for the upcoming Chinese New Year on January 22nd. 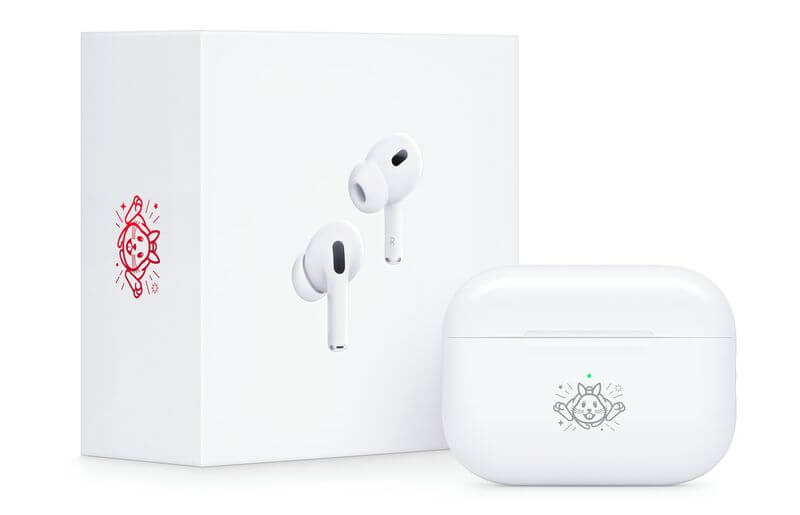 The Cupertino-based company announced a special edition AirPods 2 for Chinese users – available in Taiwan, Hong Kong, and Macau – for the same price as the regular AirPods 2. Well, these special edition units will have a rabbit face engraved on their case and the retail box – signifying the next Chinese “Year of the Rabbit”.

Well, this offer is only available for purchases made between December 30 and January 2. Saying that the special edition AirPods 2 is only available until stocks last, Apple is also offering OtterBox’s limited-edition Chinese New Year case for iPhone 14 models.

Also, Apple retail stores in China, Taiwan, Hong Kong, Macau, and Singapore will be offering free ‘Today at Apple‘ sessions between January 6 and February 7, where customers can use an iPhone to create a New Year portrait and share it with family and friends.