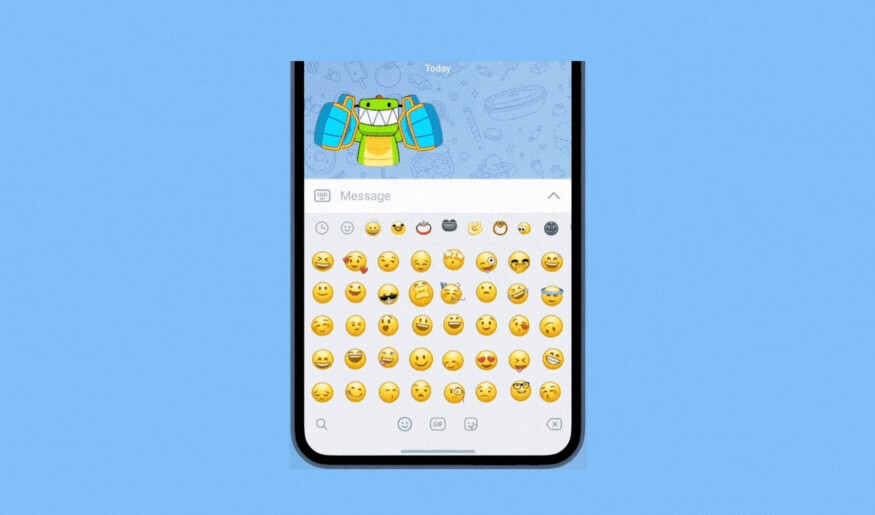 A day after criticizing Apple for holding its new update, Telegram founder Pavel Durov said Apple approached them with a reason – Telemojis.

Telemoji is Telegram’s animated version of standard emojis, which are added in the latest update to its Android and iOS clients. While it’s not specifically known why Apple is objecting, Telegram may revise its update by removing them.

Out of all the instant messengers we have today; Telegram is undoubtedly the most advanced one. This is because of its range of features for both individuals and businesses, who use them for not just regular communication, but also for networking.

Improvising that, Telegram added a bunch of new animated emojis – calling them Telemoji – in its latest app update. This makes the regular interactions in chat more fun. But, the update was stalled by Apple for its iOS devices without mentioning the reason.

And after Telegram CEO Pavel Durov criticized this act publicly, Apple revealed the reason for blocking the update – Telegram’s Telemojis! These are “higher quality vector-animated versions of the standard emoji,” says Pavel Durov.

Since they’re aimed at offering a better emoji experience, Telegram criticized Apple for blocking them anyway. Durov said, “This is a puzzling move on Apple’s behalf because Telemoji would have brought an entirely new dimension to its static low-resolution emoji and would have significantly enriched their ecosystem.”

What Telegram does next is awaiting. It may remove the telemojis part from the update to let it pass or come up with an alternative solution to sneak them in any way. Besides this, Telegram also gave users an option to create custom emojis and use them in the chat.

Well, this is only available to the Premium service (priced at $4.99/month). Although, free users can see them and save them in their chats to use for later. Telegram is starting with 10 custom packs with more than 500 emojis.

And in the iOS update, Telegram updated the animation panel by creating separate tabs for stickers, GIFs, and emojis for quick access to desired items. This is already available in Telegram on Android, desktop, and the web.