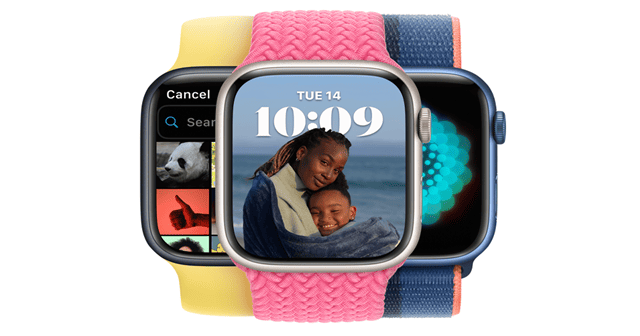 The latest Power On newsletter from Mark Gurman revealed that the upcoming Apple smartwatches may come with a satellite connectivity feature.

This would help users send an emergency text or alert their pre-set contacts in emergency situations, and when there’s no cellular service. This feature is also touted to be coming in the upcoming iPhone 14 series.

Last year, rumors of the Apple iPhone 13 series getting satellite connectivity support were aired throughout the community, which shall help network-abandoned users with a way to communicate with emergency contacts.

This is specifically helpful for those who trek or visit places that often don’t have a cellular service range, and are left with no signal. Then, they may use the satellite connectivity feature to send short messages or notes to pre-set emergency contacts.

But, they didn’t arrive in iPhone 13, as the hardware wasn’t supportive already. But again, this feature is rumored to be available in the upcoming iPhone 14 series, and also in the upcoming Apple Watch series, as per Mark Gurman’s Power on the newsletter.

“Whether it’s on the iPhone or Apple Watch, the technology would provide an alternative to the Garmin inReach Explorer and SPOT, handheld satellite communicators with similar features.

There have been signs lately that Apple and its apparent satellite partner Globalstar Inc. might be getting closer to launching such a feature. In February, Globalstar said it reached an agreement to buy 17 new satellites to help power ’continuous satellite services’ for a ’potential’– and unnamed – customer that had paid it hundreds of millions of dollars.”

Although, the timeline for when Apple pushes this feature is unknown, and Gurman expects it to be late 2022 or 2023. The upcoming Apple Watch series is touted to have three units – a regular model, a new SE, and a sports Watch aimed at extreme activities.

So it’s reasonable to expect the satellite connectivity support in at least the regular and sports variants.