TechDator
Home News Apple’s New Emergency Patent Can Search For Help Even If There’s No...

Sooner or later, Apple’s coming with another important feature. The American gadget maker is known for their privacy and security features, aside pumping general features as other OEMs. Apple’s has just revealed a patent that enables the company to send beacons in emergency situations even if there’s no signal!

Apple’s patent of this is detailed in US Patent and Trademark Office by a bunch of innovators gaining the rights after proposing it back in October 2018. The company will now embed this new emergency feature in future iPhones as Enhanced Emergency Beacon Sending Procedure. Further, it also introduces the EPSM (Emergency Power Saving Mode) to let the gadget gather enough power to survive until the help comes.

While the current iPhones are capable of alerting authorities in emergencies, this happens only when there’s fine network coverage and requires manual command. The new patented tech can alert authorities for help in situations of weaker or the absence of signals. The distress beacons will be sent leveraging the nearby signals, WiFi hotspots etc for help.

Another important feature to be launched alongside is the battery saver mode. Described as EPSM (Emergency Power Saving Mode), it kills the unwanted power-consuming apps and even turns off the display to help the device survive until the help comes. This can be manually set or preset for a specific percentage to be enabled automatically when the limit is reached. Heard somewhere? Yeah, it’s in Android for a long time.

Apple’s every invention is for itself, but this one isn’t! The patent describes sharing this technology to other device manufacturers to be used for emergencies. Calling as User Equipment (UE), the bunch includes devices like portable PlayStations, smart glasses, watches and even their rivals, Android. 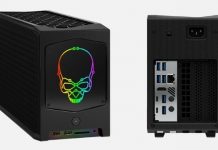 Google is Working on a Screenshot Tool For Chrome on Desktop

Akamai Explained How it Can Reduce Piracy Distribution Significantly