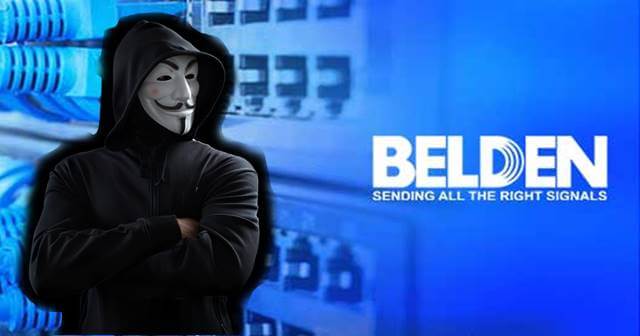 Belden is a US-based manufacturer of network devices like firewalls, routers, switches, cables, and connectors. The company was hit with a cyberattack in November last year, where it revealed that some personal information about their current and former employees had been leaked.

Also, a limited amount of the company’s information regarding their business partners was accessed by unauthorized parties in the incident. Now, after a detailed investigation, Belden has come up with a new statement saying that more information has been involved in the leak.

This included some health-related information about Belden’s current and former employees and also their dependents and relatives. It specifically includes the person’s names, gender, benefits information, group numbers, coverages, and their relationship to the employee.

Belden believes that the accessed data didn’t contain any health condition or diagnosis information about the individuals. It started sending out notifications to those affected along with free identity monitoring services.

While Belden didn’t explain the nature of the cyberattack yet, it was believed to be a ransomware attack where the threat actors steal the sensitive data and encrypt the target’s systems for a hefty ransom. Yet, no ransomware group has claimed responsibility for Belden’s attack since then.