In a special turn of events, a company named OnwardMobility has announced to launch a new Android-based physical keypad and 5G enabled BlackBerry smartphones next year. This marks the immortality of the BlackBerry brand, as it continues to live by just leveraging its brand name. The new partner has hired FIH Mobile to design and manufacture the new phones by 2021.

BlackBerry handsets were notable in the old days for their data security technologies. Their phones were mostly used by business professionals to safeguard sensitive data, though compromising to key innovative features. Yet, these are designed to be premium looking and serve their purpose.

Though they’ve stormed out in the competition winds caused by Chinese players, the brand value hasn’t degraded yet. BlackBerry handsets, even now, are considered to be the best phones for data security. Thus, it has been leveraging its brand’s value to other OEMs to let them make smartphones under its name. 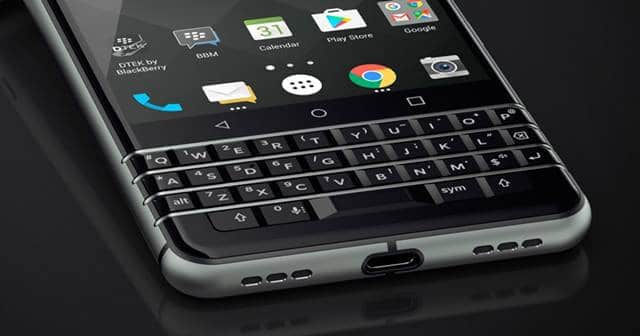 This has worked for a while, as we’ve seen Android handsets coming under BlackBerry name. But, this charm didn’t last long as it’s still making the old-fashioned keypad based phones while others are going port-less to larger displays. TCL Technologies, the one which made smartphones to date has its license expired, which paved the path for a new partner, OnwardMobility.

OnwardMobility deals with mobile security, which has now geared up to make BlackBerry smartphones. It has partnered with FIH Mobile, a subsidiary of Foxconn to produce these units. While the FIH Mobile is tasked with designing and manufacturing of the smartphones, OnwardMobility will be handling the business operations like marketing and branding.

Peter Franklin, CEO of OnwardMobility said, “Enterprise professionals are eager for secure 5G devices that enable productivity, without sacrificing the user experience. BlackBerry smartphones are known for protecting communications, privacy, and data. This is an incredible opportunity for OnwardMobility to bring next-generation 5G devices to market.”

Regarding the phone, no much details are given except the 5G support, running on Android OS, and still having a physical keyboard. Well, it seems BlackBerry isn’t shifting away from physical keypad design anytime soon.

But at least, it’s upgrading to the latest connectivity standard and running on the most flexible OS. It’s hinted to launch primarily in North America and Europe in early 2021.