TechDator
Home How To How To Block Text Messages On iPhone

Everyone receives unwanted text messages from companies for promoting their business. Not only messages, but many of them make a spam call as well. As these text messages have become common, everyone has accepted them and ignores them. However, there are ways to block text messages.

Some apps block spam text messages if we talk about Android, but iPhone does not have any app. If you are an iPhone user, you might be getting spam text messages every day, and you are tired of it. There is no app for blocking text for iPhone, but there is a method to block text messages on iPhone.

The spam text might be for a business or bulk sender IDs whose service you might have used before. Here are steps to block text messages on iPhone running on the different iOS versions.

Also Read- How to Block Websites in Google Chrome

How to Block Text Messages on iPhone?

This post has shared a method that blocks text messages on iPhone, iPad, or iPod Touch. 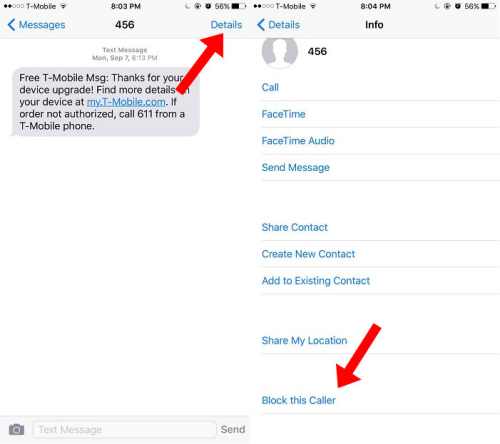 Once you are done with this, the phone number is blocked on your phone, and you will not receive any phone calls, text messages, or Facetime.

The process for blocking the number is the same. But if you don’t want to block the number and want to stop receiving notifications, click on the button next to Do Not Disturb. The notifications will be mute, but you will get text messages.

Almost all the iOS has the same process; just one or two steps will be more or less. You need to make sure that at the end, you click on Block this caller option. In some cases, you will see this option as you click on the “i” option, and in a few devices, even after that, you need to go ahead, and then you will see.

How to Unblock Blocked Numbers?

If your mind changes or you have blocked the number you don’t need to, then follow the given steps to unblock blocked numbers. 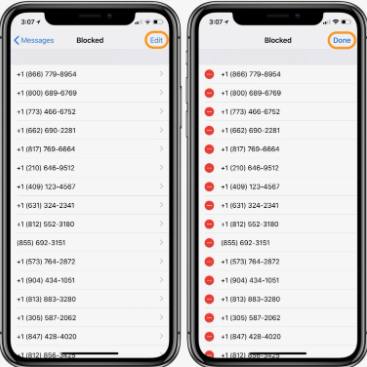 How to Block a Phone Number from your iPhone Contacts?

iPhone has an in-built block feature for contacts, so you can directly block a phone number that is calling, sending text messages, or doing Facetime. You don’t need any third-party apps or don’t need to connect your device to a PC.

That’s it! This number is blocked, and you will not receive any phone calls or messages until you unblock them again. You will be able to see the number under your contacts list so that you can follow the same process whenever you wish to get back the number.

So, these are the methods by which you can block text messages or calls on your iPhone. Even after blocking the number, you are receiving text messages from spammers; then, it is better to contact your carriers like Verizon, AT&T, and T-Mobile. This carrier’s tool will allow you to add an email ID or a number used to send text messages.