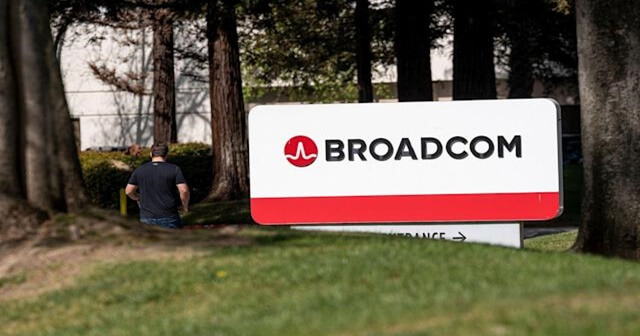 After acquiring a couple of software companies in the past 5 years, Broadcom is now in plans to acquire VMware – a software virtualization maker.

While this deal is still unofficial, this would reduce Broadcom’s reliance on hardware sales if passed. With the current valuation, Broadcom would be buying VMware at a premium price of the $40 billion market valuation.

Broadcom in Talks to Buy VMware

Bloomberg reported that the US hardware giant Broadcom is in talks to acquire the software virtualization firm VMware, people familiar with the matter said. Since its inception in 1999, VMware has been shifting ownership frequently, and currently with Dell Technologies.

VMware invented the virtualization of software, which led everyone to run two different software programs on one the hardware machine. While it’s a life-saving invention, the company has quickly fallen due to the popularity of cloud storage, which has been booming lately.

Since it continues to struggle, Broadcom is seemingly advancing to buy it out now. The current valuation of VMware is around $40 billion, so an acquisition deal struck between these two would be done at a premium price. Although, Broadcom is doing it to expand its presence in the software industry.

Currently, Broadcom’s hardware is into several personal and enterprise solutions. But its reliance on hardware can’t be trusted for long, so venturing into booming sectors like the cloud is explored. And acquiring VMware would just help it better.

Broadcom already acquired CA Technologies in 2018 and Symantec Corp’s enterprise security business in 2019. Failed deals include SAS Institute for around $20 billion and even the rival Qualcomm in 2018!