DISH Network and its subsidiary, Sling TV are suing four pirate sites that are illegally streaming sports content by circumventing their DRM protections.

The alleged sites are related to one group and are streaming copyrighted content like Olympics, NBA matches, NFL games, etc for free. The plaintiffs are now asking the court for a permanent injunction, and compensation for their violations. 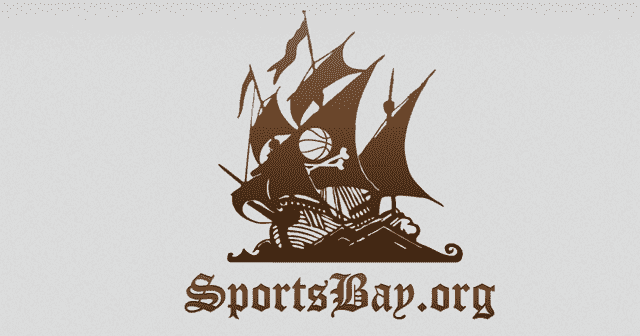 The US-based DISH Network and its subsidiary Sling TV have filed a lawsuit against four streaming sites in Texas court, alleging them for illegal transmission of copyrighted content without authorization.

As per the lawsuit, the plaintiffs, DISH Network and Sling TV are suing four websites – SportsBay.org, SportsBay.tv, Live-NBA.stream, and Freefeds.com.

When tracked the major one – SportsBay.org, it’s found to be bearing the similar artistic logo of The Pirate Bay site, but no direct link between them. Yet, it’s gaining over 9.35 million visitors per month.

As per the plaintiff, these site operators have managed to circumvent the set DRM protections of their copyrighted content, by obtaining the decryption keys of their servers, and streaming them to their own customers for free!

By circumventing the set DRM protections, the operators have breached the anti-circumvention provisions of DMCA, so are liable to face prosecution. Also, by streaming the copyrighted content without authorization, they’ve breached the Copyright Act.

And it’s proven that they’ve wilfully done this for gaining commercial results, the plaintiffs are now seeking a permanent injection in this case. Thus, they now wanted the court to take over all the SportsBay sites, and seek compensation of $2,500 for every violation they made.