Over 100 Million Searches a Day on DuckDuckGo

DuckDuckGo, a privacy-centric search engine has been in existence for over 12 years but is picking up lately, specifically since the last two years. While it’s having a stable growth and recognition among the privacy users, the actual popularity started when the company introduced mobile clients and a browser extension.

This gave users on Android and iOS, and low-end resourceful computer to use its search engine effectively. Also, it was chosen as the default search engine for the Tor browser and is chosen by many users of other browsers who wanted to make private searches. All these led DuckDuckGo to reach a milestone of serving 100 million searches per day, on Monday this week. 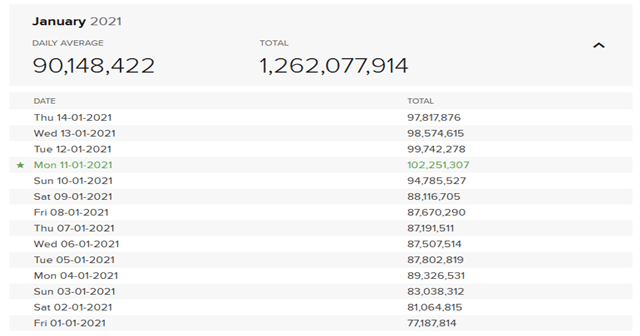 It’s having more than 90 million searches every day too and is facilitating over two billion searches a month, since last year. This happened not just because the company has expanded its reach, but also for its goal. Since many users are realizing the value of privacy for the last couple of years, they’re moving towards services offering these.

For the same reason, instant messengers like Signal and Telegram have picked up too, but very rapidly. Their growth is fuelled by Elon Musk directly and WhatsApp indirectly, where the former has straightway suggest his followers using Signal, and the latter’s change in terms of service has enraged users to shift away.