DxOMark, the independent smartphone component reviewer has praised Huawei’s P40 Pro to have one of the finest displays. While there are noticeable drawbacks, it’s achieving better results in some cases, thus placing it above the iPhone 11 Pro Max, and in the top 5 of DxOMark ranks. Also, it’s touted to be the best camera phone to date. 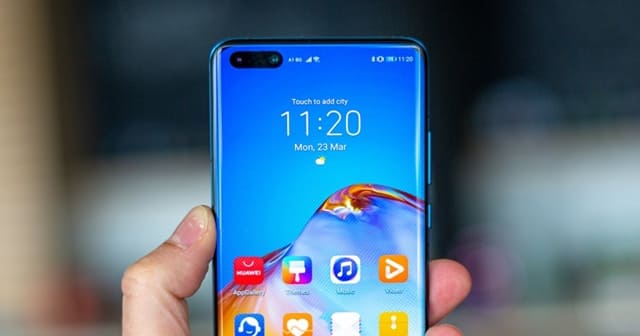 Though Huawei is choking in its smartphone business, it has launched its last flagship handset grandly. The all-new Huawei P40 Pro is touted to be the best camera phone by DxOMark, which also puts the handset in its top 5 list of best displays too.

While it’s still in the fourth position, it outperformed the above-ranking handsets in some cases. As per DxOMark, P40 Pro has gains 83 points against Apple’s iPhone 12 Pro with 75 in color performance, and beasts the same with six points in display smoothness. Here, it’s praised for having better content motion.

Also, it’s held up in motion blur control and video playback sections, with touch control responsiveness scoring 67 points against 61 points of iPhone 12 Pro. While these are helpful in games, it’s rated poor in brightness both indoors and outdoors.

For instance, the P40 Pro has a 6.58″ OLED panel with Huawei’s in-house chip, Kirin 990 5G. It comes with a triple rear camera setup and a 4200mAh battery. A special thing to mention here, it doesn’t pack Google Play Services due to being blacklisted by Trump’s administration earlier.