Facebook has long been advocating against Apple’s new App Tracking Transparency policy, which bars Facebook-like apps from collecting user data without their explicit permission. While Apple pushed it anyway with the iOS 14.5 update, Facebook is seen doing some extorting tricks to force users into giving the permissions anyway. This is to show them a popup for keeping their service free of charge if the permissions are granted. 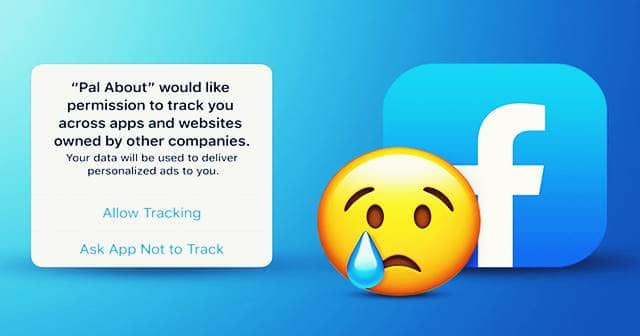 Justifying the trust people put in Apple for protecting their privacy, the Cupertino-based company has introduced a new App Tracking Transparency policy in the latest iOS 14.5 and iPadOS 14.5 update. This aims to provide users the transparency of data collection done by apps they use.

All apps for iPhone and iPad should be asking the device owners (users) the permission they seek through a popup notification. These may include permissions for accessing the users’ location, microphone, cookies, etc., determining the type of ads they’d receive later on.

Targeted advertising is one of the key areas that businesses like Facebook rely on. They collect extensive data from their users to learn their online preferences and show them targeted ads from partner businesses. And apple poking this with the ATT policy means that users are most likely to deny the permissions.

Thus, Facebook started a typical coercive practice of notifying users with a popup, where it asks them to grant all the permissions asked to keep the service free! This was spotted by a tech researcher named Ashkan Soltani on both Facebook and Instagram.

This clashes with the past statements from Facebook that it remains free forever. But, users’ idea of commercializing Facebook usage isn’t avoided, too, as Zuckerberg hinted about such times while testifying before Congress in the past.