FBI director, Christopher Wray in his speech at Hudson Institute in Washington on Tuesday, said that China is the greatest long-term threat for the US. It’s involved in state-of-the-art efforts to downsize the US and grow as the only superpower of the world. He described the Chinese Fox Hunt mission, where the US-living Chinese are targeted to return them, and help them in influencing US policy.

In a nearly hour-long speech at Hudson Institute in Washington, FBI Director Christopher Wray has described the Chinese malicious campaigns like economic espionage, illegal political activities, data, and monetary theft, blackmailing, and bribery to influence the US policy. He said that the Chinese inference has grown so much that, FBI is now dealing almost half of China-related cases out of 5,000 active cases. 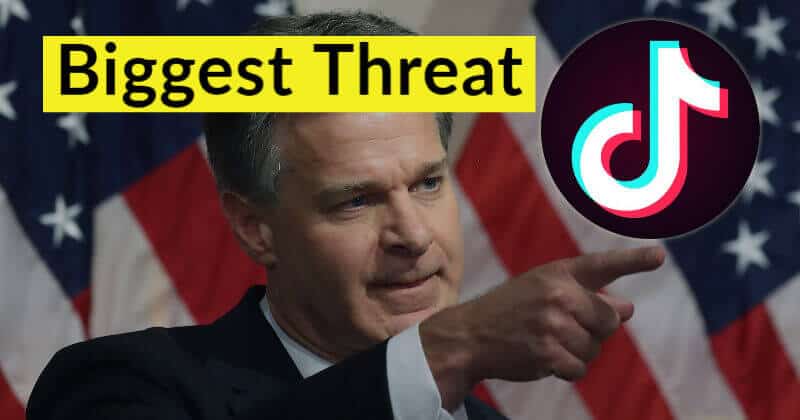 He explained that the FBI is opening a new China’s counterintelligence case every 10 hours! Wary also revealed a new program by Xi Jinping called Fox Hunt, targeted towards Chinese nationals living abroad. This includes persuading them to return to China, and possibly help in degrading the US.

Chinese individuals like “political rivals, dissidents, and critics seeking to expose China’s extensive human rights violations” are being targeted under this Fox Hunt program. And when the Chinese government fails to locate a target, it would send an emissary to the target’s house to pass the message, which is to either return to China or commit suicide!

Wray also talked about China’s state-of-the-art efforts to become a single global power. He also asked the Chinese-living in the US to contact the FBI, if they’re being targeted of such persuasive calls. Wray’s speech against China isn’t the only one, but many have done this before. This includes Trump accusing China of the improper initial reaction to Coronavirus, and Mike Pompeo to has recently cited that the US is thinking to ban TikTok over security reasons.