TechDator
Home News First Custom ROM Based on Android 12 is Out, But With a... 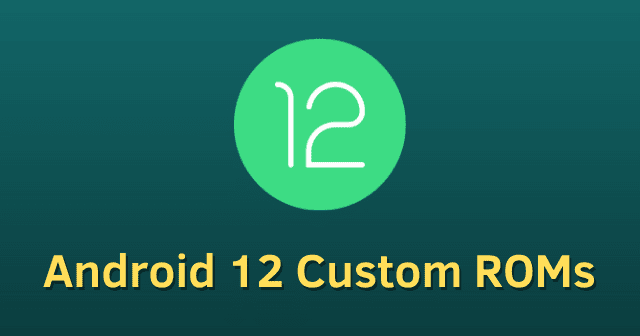 Just a day after Google released the source code of Android 12 to the public, custom ROM makers have barged in with their ideas and experiments.

One among them is Abhishek, an XDA member who made a custom ROM for Redmi K20 Pro, with the SELinux status set to permissive in the initial build. While this cannot be a daily driver yet, expect more such raw custom builds coming soon.

Tech enthusiasts know that software should be given equal importance to hardware since either of them cannot live without each other. And the best and widely used OS for smartphones these days is Android.

Like every other Android, Google published the source code of Android 12 yesterday to the public for letting them tune as they wish. And they’re doing it already! Per reports, an XDA senior member with the handle name abhishek987 has shown up with a custom ROM based on Android 12.

This is directed at Redmi K20 Pro, which is sold with a rebranded name of Xiaomi Mi 9T Pro in some locations. The initial build seems just fine, but with one caveat. The maker has set the SELinux status to permissive in this custom build.

Plus, it adopted an open-source dynamic theming solution made by another XDA member (kdrag0n) since Google didn’t fully publish the “Monet” theming system. And since the compatible device has various regional variants, it’s suggested to download the latest regional MIUI firmware before running this custom ROM based on Android 12.

While all these make the first custom ROM not a daily driver, it’s still has a long road to develop. However, with Google releasing more features in the future, custom ROM makers may integrate them better and smoothly.