There’s a lot to love about the terraria game that delivers direct and scripted experiences, especially when they are finely crafted. Still, there’s just something about a good sandbox game that feels irreplaceable. If you are the one who likes to play mining or world exploring games, then you will definitely love what we are going to show you.

There are plenty of other terraria alternatives that you can try if you like to play sandbox games and experience real-time gameplay. All of these games are worth checking. But, of course, we mentioned only the top list of Terraria alternatives. 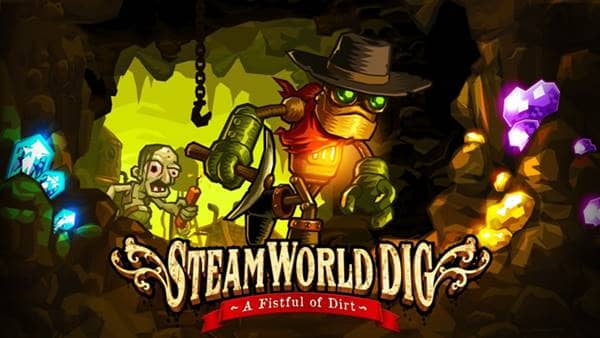 A highly polished little gem was originally released on the 3ds with trading cards and cloud saves achievements. However, it must be noted that this is imaging forms the first PC release. You play as a steam-powered robot named rusty who takes over his uncle’s mind.

This game has beautiful artwork and a very intriguing storyline. There are endless things to collect, craft, and upgrade. The game has a western sound that goes well with the story theme. Not many games are worth paying for, but this one is worth it. The story makes this game worth it. 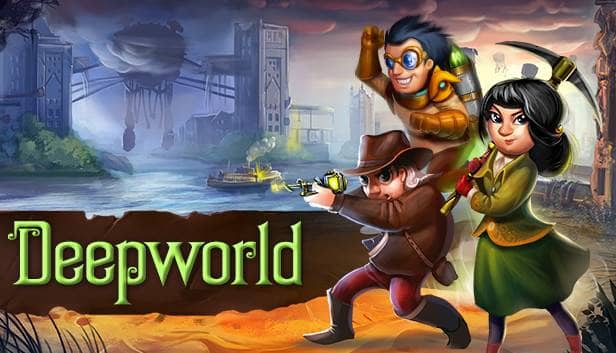 It’s a game of exploring, collecting resources, battling foes, and building your structures. It’s also a community of thousands of players worldwide. The deep-world gameplay takes place online, and all of your character information is stored in the cloud.

This means you can play the game from any compatible device with an internet connection. In addition, the game is broken into thousands of large worlds, most of which are publicly accessible for you to roam and explore.

It is a sandbox game, which means you can choose your own goals and gameplay style. If you like being social, there are plenty of friendly players you can interact, collaborate, and compete with. 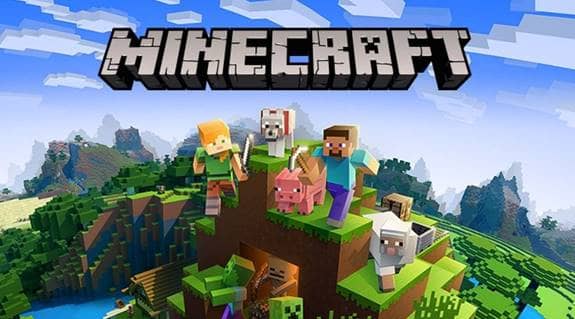 The first version of Minecraft came in 2009 for PC gamers and was called an alpha build. No other video game can unleash your creativity like this game because it totally depends on your creativity.

This game’s basic mechanism is that you wander through this world and break down resources that you find, which allows you to build your own structures, weapons, etc. You can play four modes: survival, creative, adventure, and spectator mode.

It’s the most popular and most played game on both Xbox and Playstation. However, Minecraft is not just a game. It’s much more of an experience. 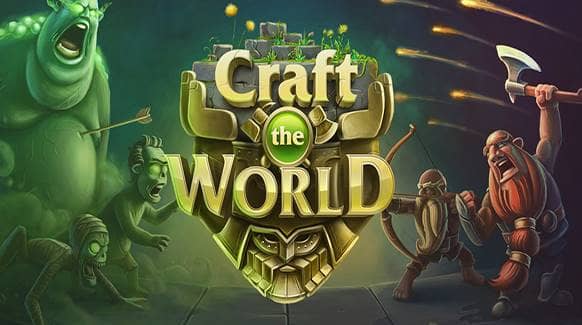 A terraria style-scrolling bass builder game with dwarves. You should turn your head to craft the world if you want to play a lightweight, interesting, and fun game. This game is 50% sandbox and base building, 40% tower defense and fighting, and 10% colony management.

How you play this game totally depends on your creativity. There are enough blocks and variations to allow for a fair amount of different designs—also, a good amount of furniture to decorate your base with.

This game’s goal is to achieve world domination by beating the guardians, obtaining the portal parts recipe, and rebuilding the portal hidden somewhere underground in each world. 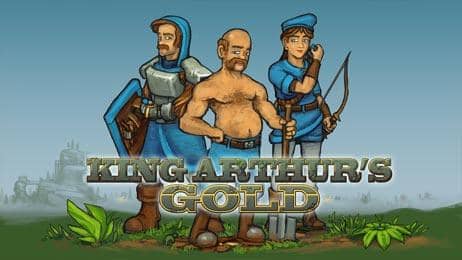 This one is a multiplayer game. It’s a fantastic game with different modes. You have two different teams, and teams have to build and defend their castles while destroying the other team’s castle. The object of each round is to breach the enemy’s castle and secure victory.

There are three different roles in King Arthur’s Castle; Builder, Knight, and Archer. You can change these roles at the outpost and at the castle where you respawn builders. It focuses on player vs. player action. It’s not hard, even if you are playing the game first. 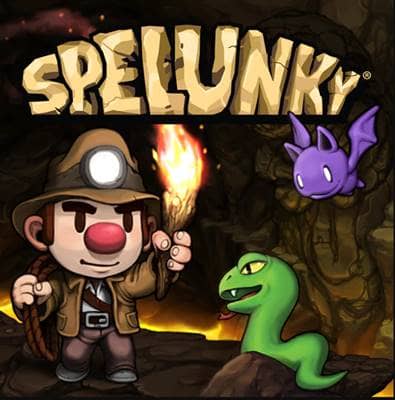 They were originally released as a freeware game on Microsoft Windows by game designer Derek With ice-breathing mammoths, acid-speaking snakes, and barrels of feisty monkeys roaming around.

It’s a well-designed game with enough rewards to keep you invested for hours. Spelunky is the perfect example of emerging gameplay, risk first reward design, and a model for the roguelike genre as a whole.

The picture of spelunky panes is pretty clear; play deliberately, conserve your resources, improve your gameplay. This is not a game of digging through tunnels, but it’s about climbing mountains and getting higher and higher.

The resources collected can be converted into different weapons like blasters, rifles, and shotguns. In addition, you can get more objects like armor, lights, signs, storage, doors, etc. You can create your servers or join the central server that the developers have put up. Asteria is a fantastic game with various materials and equipment to craft. 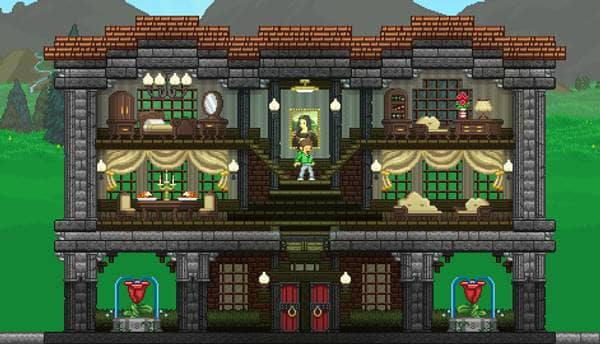 Exploring a diverse array of planets, biomes, and subterranean nightmares highlights the Starbound voyage. Still, the combat scripted bosses and the rich backstory help this excellent evaluation of the established terraria formula.

It allows you to group up with friends, which genuinely elevates this open-ended crafting in its diversity. There are over a dozen exciting planets to discover, from temperate to jungles to rolling seas of magma, and procedural generation guarantees an endless supply of them to explore.

Also, it contains several different biomes both above and below ground and plenty of exciting and randomized locations, dungeons, new crafting resources, and quests to discover. 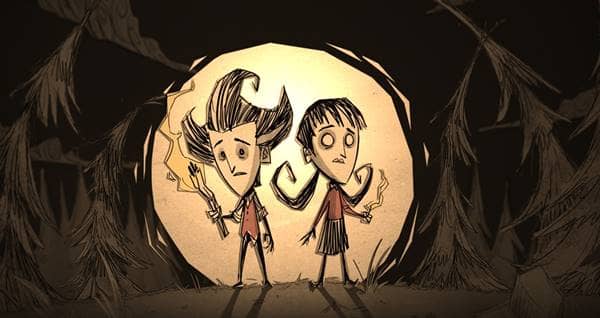 Hardcore survival adventure from clean entertainment. It drops players in an unforgiving wilderness populated by deadly flora and fauna with only one objective: Don’t Starve. That single imperative drives everything; starting with no equipment or resources, players must gather quickly for necessities like food and light.

Continued survival needs more than just twigs and berries but Don’t starve isn’t precisely free with information or guidance. Instead, it demands players to use their initiative to figure out how to live for more than one day.

Exploration and experimentation are the core of the entire experience. The crafting menu offers you hints as to what one needs to thrive. What initially seems like a confusing and aimless game soon reveals itself organically. 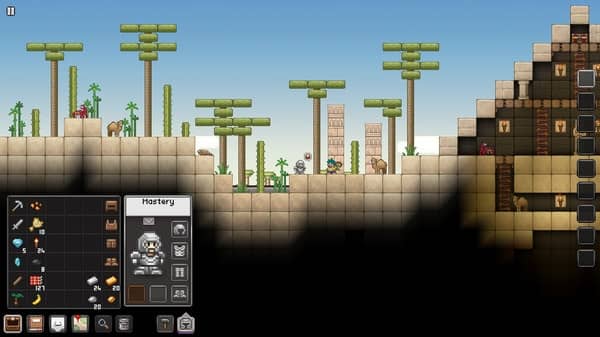 Junk Jack offers a crazy exploration, mining, and crafting experience on your mobile device as well as on your computer. Junk Jack takes inspiration from Terraria and Minecraft and provides a thrilling and enjoyable gameplay experience.

You can plant, cook, mine, craft, and many other features that make it an engaging game that will keep your attention for hours. The multiplayer mode lets you play with friends online. In addition, you can create new planets at random. This adds to the replayability of the game.

There you go! This list is hoped to help you find the next great game. Are there any other games like Terraria you would like to add? Please let us know by leaving comments!