As per its latest research note of 2020 to investors, the banking giant said Bitcoin is more than just a “store of value”, and likely has bigger applications coming based on it. Also, it’s slowly taking the market share of Gold. 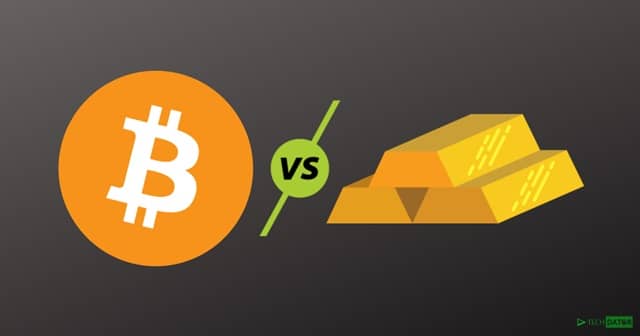 The very first cryptocurrency – Bitcoin now is seen as a “store of value” by most people. Since it’s too limited and valued super high, Bitcoin has placed aside Gold and is seen as a perfect alternate investment by many. This thought was struck off by many banks earlier, tagging Bitcoin as a highly risky investment since too volatile.

While it’s true, the virtual currency has given astonishing returns to millions who invested in earlier days. And the huge inflow of capital into Bitcoin lately is something that’s intriguing banks and countries around the world. Understanding its potential, Goldman Sachs is now pointing at Bitcoin as a risky, but a worthy investment.

This was stated by the bank’s research analyst Zach Pandl in their latest note to clients. Further, he cited Bitcoin’s $700 billion market cap against Gold’s $2.6 trillion and said the cryptocurrency is having a 20% share of the “store of value” market.

To something be called a “store of value”, the asset should maintain its worth over time without depreciating, like precious metals or some currencies. Stating that Bitcoin will “most likely” become a bigger proportion over time, the note predicted that the coin’s value may hit $100,000 soon.

Finally, Pandl says Bitcoin may have more applications based on its technology than just being a simple “store of value”, and they think that “comparing its market capitalization to gold can help put parameters on plausible outcomes for Bitcoin returns.”